Home All The News Rivaldo: Guardiola could return to Spain this summer 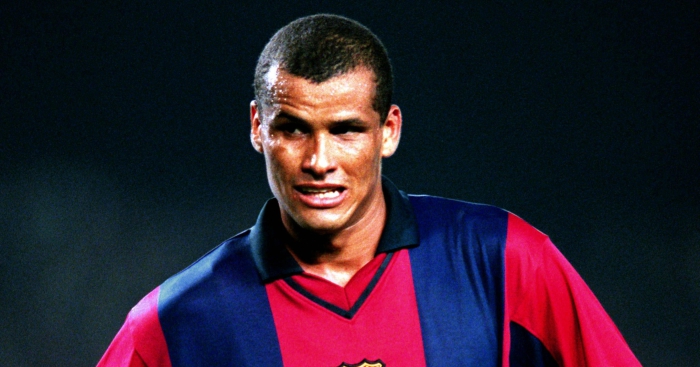 Former Barcelona player Rivaldo thinks Pep Guardiola could return back to Spain this summer if the right offer comes along.

The City boss has led his side to back-to-back Premier League titles – amassing 198 points in the process – and League Cups with an FA Cup final still to play against Watford this season.

However, the biggest disappointment will be that he has failed to make it past the Champions League quarter-finals in his three seasons in charge of City.

And Rivaldo thinks he could get itchy feet soon and leave City if he gets a “good proposal from a Spanish club.”

“Manchester City have changed for the better since Pep Guardiola’s arrival and winning two consecutive titles in such a competitive league means he is now a key part of the club’s history,” Rivaldo told Betfair.

“It was difficult this season with Liverpool taking it to the wire, so the City players and staff must be congratulated for their achievements as nothing came easy for them.

“When I played with Pep, he used to say in the dressing room that he would become a manager in the future, but I never thought he could become this good and have such success at every club he worked at.

“Pep always showed ambition to become manager and I can only be happy about how things are working out for him, as he is one of the best managers in the world without a doubt.

“Furthermore, he has a special way of interacting with his players, showing the great human being that he is, and all the players seem to have a good impression of him.

“Of course, when you perform well it’s normal that other top clubs become interested in your services.

“I believe Pep will have other opportunities and new projects to think about this summer and, despite his apparent satisfaction at the Etihad, perhaps a good proposal from a Spanish club could interest him.

“I’m saying this because Pep doesn’t like to be away from his family and friends and really enjoys the time spent with them, so a possible return to Spain would be helpful.”