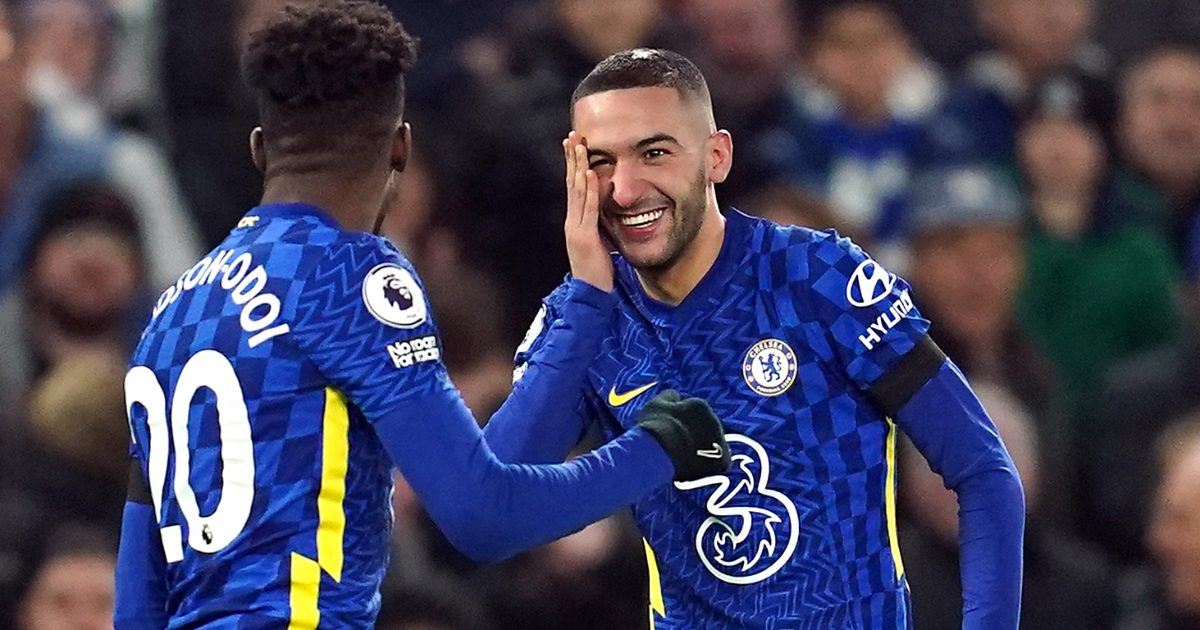 Gary Neville has praised Hakim Ziyech after the winger scored a stunning goal for Chelsea against Tottenham Hotspur on Sunday.

Ziyech made the move to Chelsea in 2020 for a fee of around £34m from Dutch giants Ajax.

The winger opened the scoring via a sublime curling effort from the edge of the penalty area.

Thiago Silva doubled Chelsea’s advantage soon after as they ran out comfortable winners. This is their third win over Tottenham this month.

Neville praised Ziyech after the victory as he compared him to Man City star Mahrez:

“I gave Ziyech the Man of the Match award, I just thought he did really well,” he said on The Gary Neville podcast.

“He’s up against real opposition within his own squad in the likes of [Timo] Werner, [Christian] Pulisic, [Callum] Hudson-Odoi, [Mason] Mount, they can all play in that position.

“But he has got that Mahrez feel about him, with a dip of the left shoulder and a lovely left foot.

“He puts lovely deliveries in from set-pieces and it was a brilliant, brilliant goal.”

Neville has also stated that he cannot see Man City “running away” with the Premier League title:

“It can happen. Liverpool have got it in them if they can keep that strongest XI together. Get Mane and Salah back flying.