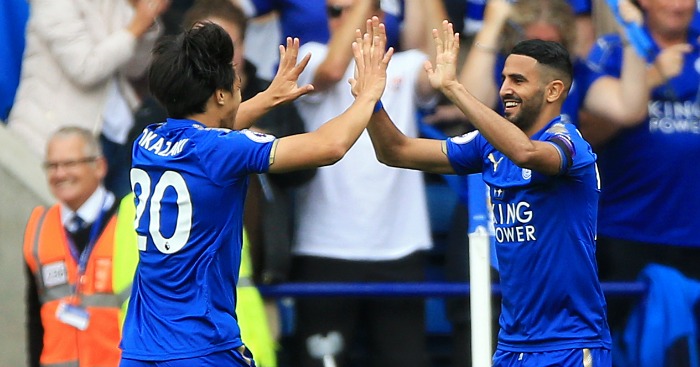 If there can even be a running theme to a Premier League season that is still only nine days old, it is the pointed absence of several key players due to their ongoing transfer sagas. So conspicuous have Alexis Sanchez, Philippe Coutinho, Virgil van Dijk and Danny Drinkwater been by their unavailability – each with timely injuries – that Premier League clubs are reportedly considering moving the dates of the transfer window to eliminate such sagas. The combination of frantic transfer business and competitive football is not an edifying spectacle.

Leicester City had their own potential case. It was on May 30 that Riyad Mahrez first publicly asked to leave Leicester. “Out of the huge admiration and respect I hold for Leicester City I wanted to be totally honest and transparent with them and have therefore informed the club I feel now is the time for me to move on,” his statement read.

“I had a good discussion with the chairman last summer and we agreed at that time I would stay for another year in order to help the club as best as I could following the transition of winning the title and in the Champions League.”

Few at Leicester begrudged Mahrez his move, and few would have been surprised had he been absent from the club’s opening Premier League games. This is now the new norm for want away players, absent from either training or matchdays with a nasty case of headsgoneitis.

Yet Mahrez has been the exception to this unpleasant new rule of thumb. “I can only speak on how I’ve found him coming back, he has been focused and driven,” said Craig Shakespeare a week before the season started. “He hasn’t given me one problem where I’ve had to pull him to the side and say, ‘Oi, pull your finger out.’ All things come into your mind. But what you want, and from what I’ve seen from him, is a focus and professional attitude.”

Against a Brighton team still finding their feet in the Premier League, Mahrez was again the star. Leicester’s team contains several players who combine industry with endeavour – Jamie Vardy, Marc Albrighton and Shinji Okazaki to name three – but it is Mahrez’s gold dust that really makes this team tick. Few in the Premier League can beat their man with such ease. None in Leicester blue are as dangerous with time and space, and Mahrez’s brilliance creates both.

Nothing that can happen to Brighton and Hove Albion in 2017/18 will dampen the spirits of Brighton’s travelling support. This club has suffered too much pain to cry at the feel of a Premier League paper cut. They remember the times when Brighton’s entire existence was at stake, not just three points. Suddenly Premier League survival is put into its true context.

Yet Chris Hughton will not care to be patronised. Brighton achieved their place at English football’s top table on merit, and will not want to let their chance at consolidation pass with a whimper. If last week’s home game against Manchester City provided them with a free swing, a trip to Leicester was a more realistic attempt to establish themselves. It passed by in a haze of haphazard defending and blunt attacking.

Hughton’s advice to his defenders was surely to stay tight to Mahrez and show him onto his right foot, but Markus Suttner soon ignored it at his peril, Only 45 seconds had passed when the Algerian waltzed past the Austrian and shot low to Mat Ryan’s right. The golkeeper spilled the ball at the feet of Leicester’s right-place-right-time aficionado; Okazaki made it 1-0.

If Leicester were subsequently guilty of allowing Brighton back into the match, Hughton’s team hardly accepted the gift with glee. Returning key players and new signings may dictate that this is the last time Brighton start with a front three of Solly March, Jamie Murphy and Glenn Murray, and that is almost certainly for the best.

Murray looks every bit the successful Championship striker out of his depth in the Premier League. The ball too easily escaped his control, he lost the majority of his headers to Harry Maguire and when his golden chance finally came on the hour mark, he kicked the ball into his own shin. Hughton will hope that the likely arrival of Kenneth Zohore can make the difference.

If Brighton’s attack stumbled and stuttered, Hughton’s defence hardly created a stable base. Most new Premier League arrivals pass comment on the reduced time every player has on the ball, and Lewis Dunk, Dale Stephens, Bruno and Suttner were all guilty of slicing clearances and misplacing passes. When that combines with the slack marking from Mahrez’s second-half corner that allowed Maguire to seal victory, it is easy to conclude that Brighton are in for a long slog. It was Mahrez’s 16th assist since the start of the title-winning season, comfortably Leicester’s highest contributor. He will be missed.

If these are to be the last days of Mahrez’s time in England, he will walk into the sunset with the cheers of Leicester’s supporters in his ears, and be treated with the same affection as the returning Anthony Knockaert was on Saturday. His is an exit that has been managed admirably by player and club, far away from the histrionics of those who should know better. There are ways of saying goodbye; Mahrez is waving adieu with his wonderful left foot.