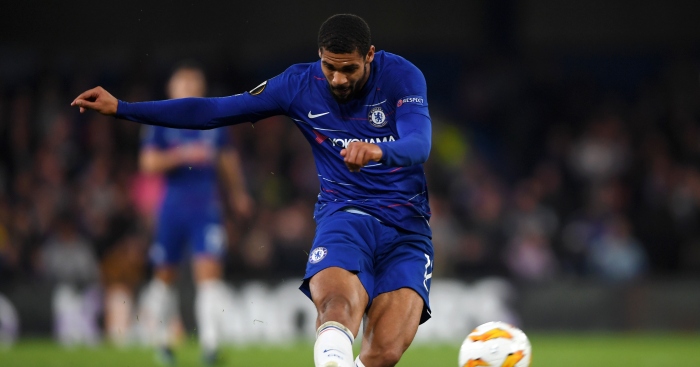 A successful loan spell at Crystal Palace earned the 22-year-old a place in England’s World Cup squad and a chance at Stamford Bridge under Maurizio Sarri.

Two substitute appearances should have been followed by a start, only for foot and back problems to delay the powerful midfielder, who played 66 minutes of Thursday night’s 1-0 win over Hungarian champions Vidi.

“It’s good to be back out there,” Loftus-Cheek told Chelsea TV.

“I had a niggle on my back which I had to take carefully, because I’ve had a lot of injuries there.

“I just had to stay patient with that really. It felt good.”

Loftus-Cheek missed out on Gareth Southgate’s England squad for the forthcoming matches with Croatia and Spain.

And he acknowledged he needs to focus on himself for the time being.

“I’ll build up my fitness and hopefully I can have a good block of training and football,” he added.

Loftus-Cheek’s physical and technical capabilities were evident on Thursday, his strong dribbling troubling the visitors as Chelsea earned a second win in Europa League Group L despite missing a host of chances.

Sarri’s style of play is something Loftus-Cheek enjoys. And he thinks the Blues, who have five wins and two draws from seven Premier League games ahead of Sunday’s trip to Southampton, can get better and better.

“I still feel we’ve got a lot of potential and we’re still winning games. It’s very exciting to see what this team can do this season.”

Alvaro Morata’s goal was the difference and Chelsea hope the Spain striker’s confidence is boosted by his second goal of the season.

Gianfranco Zola, Sarri’s assistant, said: “We are very delighted about that.

“It was important Alvaro was more involved in the action. He was the main reference going forwards and he allowed the team to build up good actions.

“Of course the goal for a striker is important. He’s in a context where his work is not only scoring, but he’s also supporting the players.”