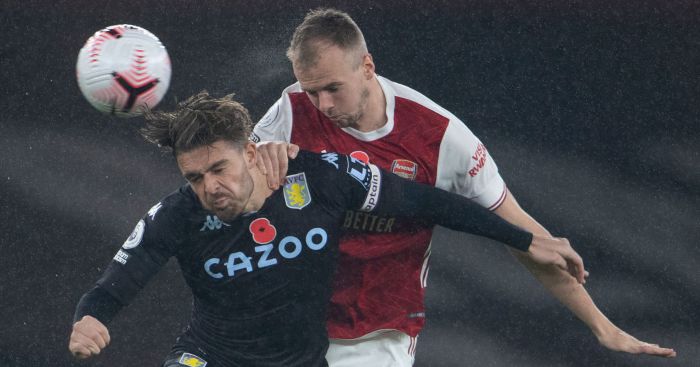 Arsenal defender Rob Holding has moved to play down reports of a training ground bust-up between Dani Ceballos and David Luiz, with the mood in the camp “all good”.

Reports suggested Luiz and Ceballos had been involved in a physical exchange after a tough tackle by the latter towards the end of a practice match during the international break.

Mikel Arteta yesterday claimed there was no issue between the Arsenal pair and now Holding has echoed those sentiments.

“It’s just competitive training, that’s all we want it to be,” Holding told Sky Sports. “We want it to be match-like, you’ve got to train as if it’s a match.

“Everything that happened was just competitive tackling and just a bit of competitiveness with the boys, which I think is not a problem at all.”

Meanwhile, Arteta was unhappy that the incident had leaked out and when asked if that damages the club and the ethos he is trying to build, Arteta replied: “I don’t like the fact that that incident comes out at all.

“And I will find out where it is coming from and if that is the case, that goes completely against what I expect from each other, the privacy and the confidentiality that we need, and there will be consequences.”