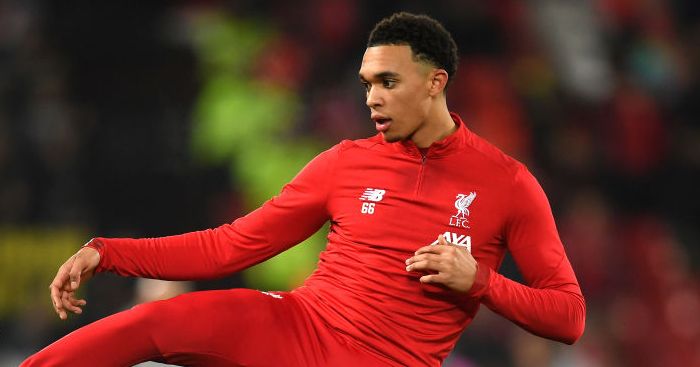 Former Liverpool defender Rob Jones has tipped Ki-Jana Hoever and Neco Williams as the next two youth products to make a big impact on the first team after Trent Alexander-Arnold’s rise in recent years.

Alexander-Arnold made his Liverpool debut in October 2016 against Tottenham in the League Cup and the 21-year-old hasn’t looked back since, making 125 appearances in all competitions for the Reds and earning nine caps for England.

Jones is now employed in a consultancy role by Liverpool’s academy and he predicts Hoever and Williams can be the next two youngsters to make the grade at Anfield.

“I can remember the first game we put him [Alexander-Arnold] there, I think it was against Manchester City at Anfield, and the poor lad had never played that position and, to be honest, he didn’t have the best of games,” Jones told the club’s official website.

“I think people think that you can go from midfield to right-back and because you’re a brilliant midfielder you’ll just step in, and that’s not the case.

“But all credit to him over the months that came after and to the coaches here, everyone worked with him to specifically be in that right-back spot and now he’s the best in the world, isn’t he? I can’t think of anyone better at going forward. He’s worked on his defending and it’s all credit to him and all the coaches that he’s done so well.

“I offered advice to him here but once he moved to right-back and did well, he was off! He’d gone to Melwood and then you don’t see them.

“I keep in touch with him and wish him well and stuff, but once they’ve moved up then I move on to try to bring the next one up because we don’t just want one Trent, we want five!

“It’s not always going to work like that, but that’s got to be the aim. Neco is possibly the next one and Ki-Jana [Hoever] as well, so the full-back spot at the moment through the Academy is looking strong.”