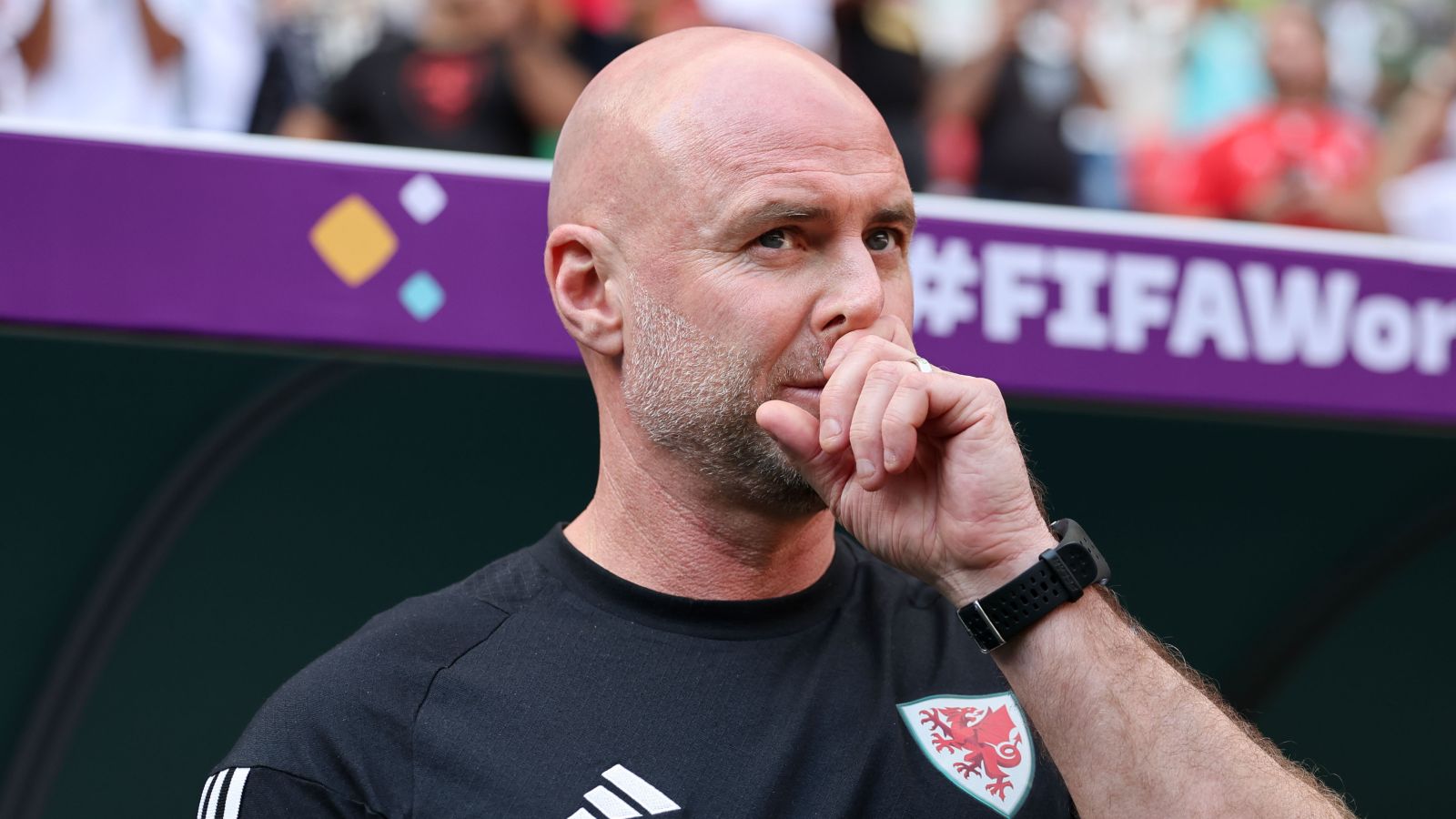 Rob Page has admitted that Wales “deserved” to lose their second World Cup group game as Iran “punished” them in the 2-0 defeat.

Page refused to use Wayne Hennessey’s red card as an excuse as he thinks Iran were worthy winners on Friday.

Iran hit the post twice and had a goal disallowed before Roozbeh Cheshmi netted in the 98th minute. Ramin Rezaeian added a breakaway second moments after.

Gareth Bale and Aaron Ramsey, so often the architects of Wales’ successes down the years, were both disappointing and they now need a victory over England next Tuesday to have any hope of reaching the knockout stages.

Page even appeared to refer to the England game as Wales’ “final” match of the tournament, underlining how difficult the road ahead is for the Dragons from here.

“This is a hard one to take,” Page said. “I’ve said to them before every game: ‘Go and show the world what you show us every day,’ and that is not a true reflection of that team.

“They got their true rewards today, they deserved that defeat. We fell well below the standards that got us to the World Cup, if we’d met those standards we’d have been alright. And if you do that in top competitions, you get punished.”

Asked about the England game, Page said: “We want to finish the competition on a high. It’s out of our hands for going through, but we want to finish with a good performance and a win. We’re low at the moment, but we’ll get them back up tomorrow for a tough game to finish with.”

Hennessey was initially shown a yellow card after he raced out of his goal and clattered into Iran’s Porto forward Mehdi Taremi, but referee Mario Escobar was advised to review the decision, and returned from the monitor brandishing a red card.

The challenge was reckless and high, regardless of whether there was cover behind him.

The win for Iran means their match against the United States – which would always have been highly charged given the political history between the nations – could now be winner-takes-all for a place in the last 16.

Queiroz felt too much external pressure was placed on his players ahead of the England game.

The team have become a political lightning rod for the turmoil in Iran, with those who are pro-regime criticising them for not singing the anthem before the England match and protesters attacking them for not doing enough to highlight the plight of women in the country.

The Portuguese coach criticised the Iranians in the stands at the England match who booed his team, but was much more complimentary about the fans after the Wales match.

“The crowd deserve a special word today,” he said. “It was a joy, it was happiness, it was drama, I love this game when things are this way.”

He hailed the character of his team, adding: “It was really very emotional because we rebounded from a difficult situation.”

Cheshmi admitted the team had found the first few days of the World Cup extremely tough.

“I should say that if the pressure was football-related that would be acceptable but if the players were under pressure unfairly that would not be right,” he said via an interpreter.

“Players were judged abruptly and received non-football pressure. All the team helped each other. I scored the goal but the team did the work.”

READ MORE: Only Iran? It’s Cymru home without another Bale out for woeful Wales