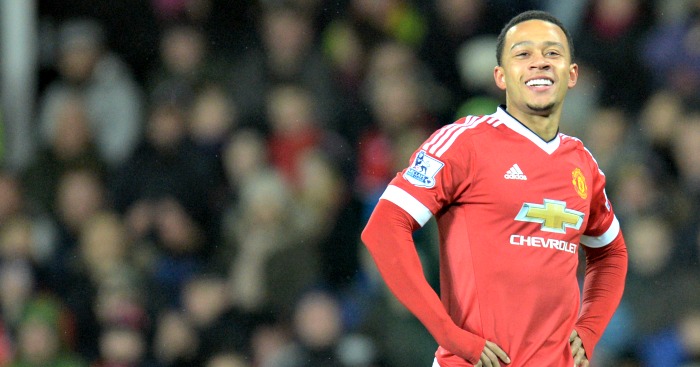 Arjen Robben believes international teammate Memphis Depay must be given time to settle at Manchester United.

Depay has struggled in his first season at Old Trafford since joining from PSV in the summer, scoring just five goals in 41 games in England.

It was reported in April that Depay, 22, had held ‘crunch talks‘ with current United boss Louis van Gaal.

According to reports, Van Gaal told the winger to ‘prove to fans he is good enough for the club’ next season.

Bayern Munich star Robben, who scored 19 goals in 105 games during his time in the Premier League at Chelsea, believes his compatriot has the necessary traits to become “a success” at United.

“He’s a very talented player, but you can’t underestimate how big a step it is up to the Premier League, and especially to a big club like Man United,” Robben told Match of the Day magazine.

“He’s still very young – you have to give him some time.

“The talent is there – he’s got everything that he needs to be a success in England.”