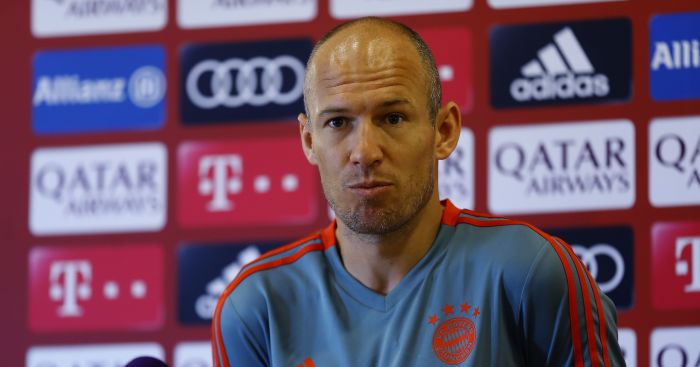 Arjen Robben thinks Bayern Munich have been given the “worst possible draw” in the Champions League as they face Liverpool in the last-16.

The Reds have only lost one Premier League match all season with the defeat coming to second-placed Manchester City, who trail Jurgen Klopp’s men by four points.

Liverpool secured their passage through to the knockout phase of the Champions League with a 1-0 win over Napoli in their final group match, while Bayern were unbeaten in their group with four wins and two draws.

However, Robben believes Bayern – who sit second and six points off leaders Dortmund in the Bundesliga – have been handed the trickiest of ties against last season’s runners-up.

“Liverpool is doing well again, just like last year when they made it to the final, and I also see them as a favourite for the Champions League victory this season,” Robben told football-oranje.com.

”For us, it was perhaps the worst possible draw, but it’s going to be a great challenge, we have to look at ourselves, keep working hard and improve ourselves.

“If we have a good day and play the way we want, I’m sure we’ll make it very difficult for Liverpool.”