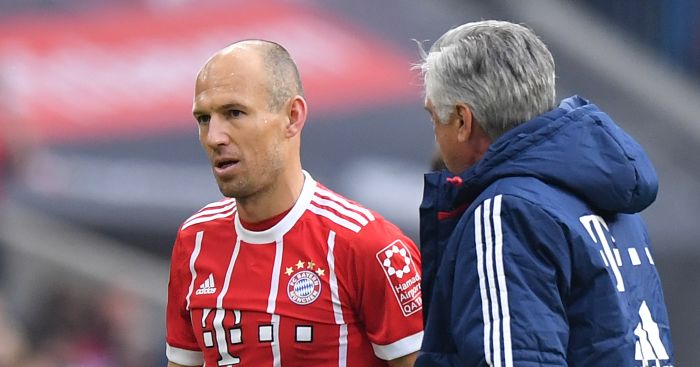 The Bundesliga giants were dismal in their 3-0 defeat to Paris Saint-Germain in the Champions League on Wednesday, with Robben starting the night on the bench.

Ancelotti’s future at Bayern is under the spotlight after some indifferent form and, after being asked if he still backed his manager, Robben fell some way short of offering him his support.

“I won’t answer this question,” he said.

“The lineup is the coach’s business.

“I will say nothing about it. Every word in this case would be one too many.

“The important thing is that we stick together now as a team. We need peace. Anyone who now wears his dissatisfaction to the outside, does not help the team.”

Team-mate Thomas Muller, though, insisted that it’s the players who must take responsibility for ending Bayern Munich’s slump.

“The coach takes the decisions, and as a team we have to put everything on the pitch and implement the plans, which is why we are responsible.

“We should have been braver, we were not compelling enough.”