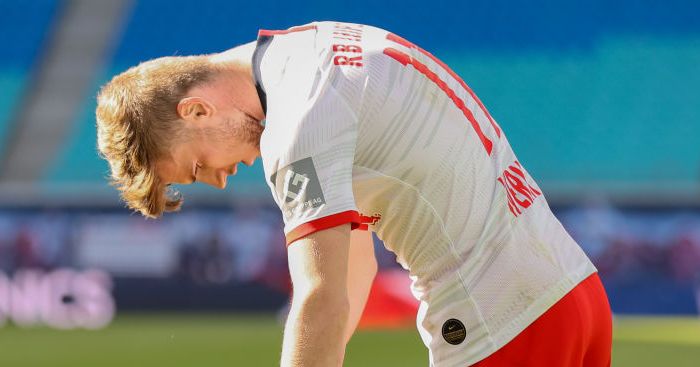 Robbie Fowler is struggling to understand why some Liverpool fans have gone into “meltdown” over Timo Werner’s potential move to Chelsea.

It was widely reported that Liverpool had been favourites to land Werner with the Germany international seeing Jurgen Klopp as a big factor.

However, several reports claimed on Thursday that Chelsea had now secured his signing – thanks in part to their promise of a massive financial package – after agreeing to meet his £54million release clause.

MAILBOX: Does Werner make Chelsea ‘one of the most exciting teams’?

“I realise he’s a talented player, he has moments of real brilliance in matches that underline his quality.

“But I stand by this: is Werner up to the standard of Liverpool’s current front three? Not for me.”

Some Liverpool fans have reacted negatively to the prospect of missing out on signing Werner but Fowler doesn’t get it.

Fowler added: “I’ve also seen the meltdown from some Liverpool fans when they ­realised he’s probably not leaving RB Leipzig for Anfield after all.

“It makes it seem as though he’s a Marco van Basten, a world-class player who would walk into any side.

“For the life of me, I don’t know why. I’ve watched him a fair few times and there are things about his game I like and admire.

“But does he influence games consistently enough? Not for me. Does he match up to the players you are signing him to challenge and replace? Not at Liverpool. Maybe at Chelsea.

“And that’s the important point I think supporters forget. I’ve heard so many people ­complaining about Liverpool owners not splashing the cash, not diving in on ­Werner when he’s a ‘steal’ at £52million. Is he really, though?

“By the standards of the last couple of years, maybe. Maybe not. It’s still a fairly hefty price, when you compare him to the fees Liverpool paid for Mo Salah, Sadio Mane and Bobby Firmino, who all cost £10m-£20m less.”

Fowler continued: “I’m not saying Werner is a flat-track bully, but I do think there are clearly doubts about him from all the top clubs with all their sophisticated ­analysis that tells them exactly what a player is worth.

“If Liverpool value a player as ­essential, they will pay the premium – as they did for Virgil van Dijk and Alisson. Both were world-record fees in their position at the time.