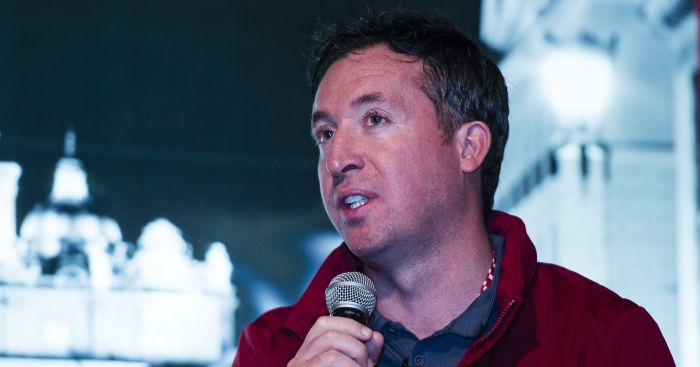 Robbie Fowler thinks that Liverpool need to bring in back-up for left-back Andy Robertson in the next transfer window.

Liverpool’s 4-0 win against Crystal Palace on Wednesday was so one-sided the visitors failed to register a touch in their opponents’ penalty area, a statistic never recorded since such data was first collected in the 2008-09 season.

No fans were present to witness one of the best displays of what has been a brilliant campaign as Liverpool moved within touching distance of a first league title in 30 years.

Despite their remarkable dominance this season, Fowler is still urging Jurgen Klopp to strengthen his side during the summer.

Fowler told Premier League Productions: “I think there’s obviously going to be a little bit of talk about Mo Salah again, there’s going to be talk about Sadio Mane, good players are always going to be linked with top European clubs.

“For a player to come into this team is going to be hard to make them any better because they are a really good side.

“Where I’d like to see them build, you think of the game against against Everton where they struggled on the left-hand side, James Milner will never, ever let you down, but coming into that left-back position if Andy Robertson does get injured again, or has a little bit of a dip in form, I think they need someone to cover Andy Robertson, just to strengthen the squad, certainly in that area.”

Fowler added: “I think there’s obviously a bit of clamour for that but I’m sure when the title is won I think Jurgen will probably go for records.

“He’ll want to get over 100 points, he’ll want to remain unbeaten for the remaining games. Before tonight I struggled to see them winning all of their games, or getting as many points as possible.

“But having seen the performance [against Crystal Palace] I’ve got a little sneaky feeling that it will be hard for any team to stop them.

“I think that’ll be Jurgen’s thoughts. As much as he’ll give a few kids a little go, I’m not sure they will start and play a large number of games remaining. I think he’ll try to go for maximum points.”