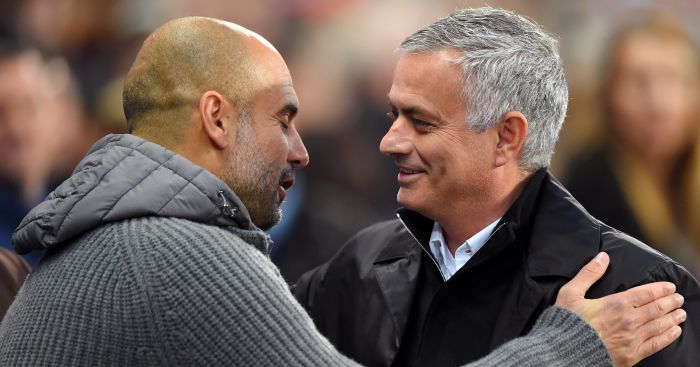 Manchester United will be the closest challengers to title winners Liverpool in the 2020/21 Premier League season as Pep Guardiola struggles, according to Robbie Savage.

Liverpool are inexplicably not favourites to retain their championship crown this upcoming campaign.

But while most expect Manchester City to improve on what was a disappointing 2019/20, Daily Mirror columnist Savage sees Manchester United as the country’s second-best team.

‘Jurgen Klopp is not the sort of manager to let the grass grow under his feet,’ he said of the champions. ‘They have stockpiled 196 points over the last two seasons and that defensive unit, with Virgil van Dijk at its heart, will be the foundation for more success.

‘They have only lost four games out of the last 77 in the Premier League – that’s some going.’

‘Add a world-class centre-back and a top-class goalscorer and they will be the real deal.’

Paul Merson disagrees on their “panic buy” of a new signing.

‘If Lionel Messi wasn’t staying at Barcelona, all bets would be off,’ he said. ‘City’s suspect back line has been shored up by £41m Nathan Ake and the 18-point gap to champions Liverpool last season looks a bridge too far.’

With Arsenal in fifth and Wolves sixth, Jose Mourinho is also backed to plumb new depths with a seventh-placed finish at Tottenham.

‘If they are as entertaining as the All Or Nothing documentary, Spurs will be worth watching,’ he said. ‘But the meter is ticking over to 13 years without a trophy and they should prioritise the cups.

‘Jose Mourinho did well to finish second with Manchester United in 2017 and it would be even more remarkable if he did it again with Spurs this season.’