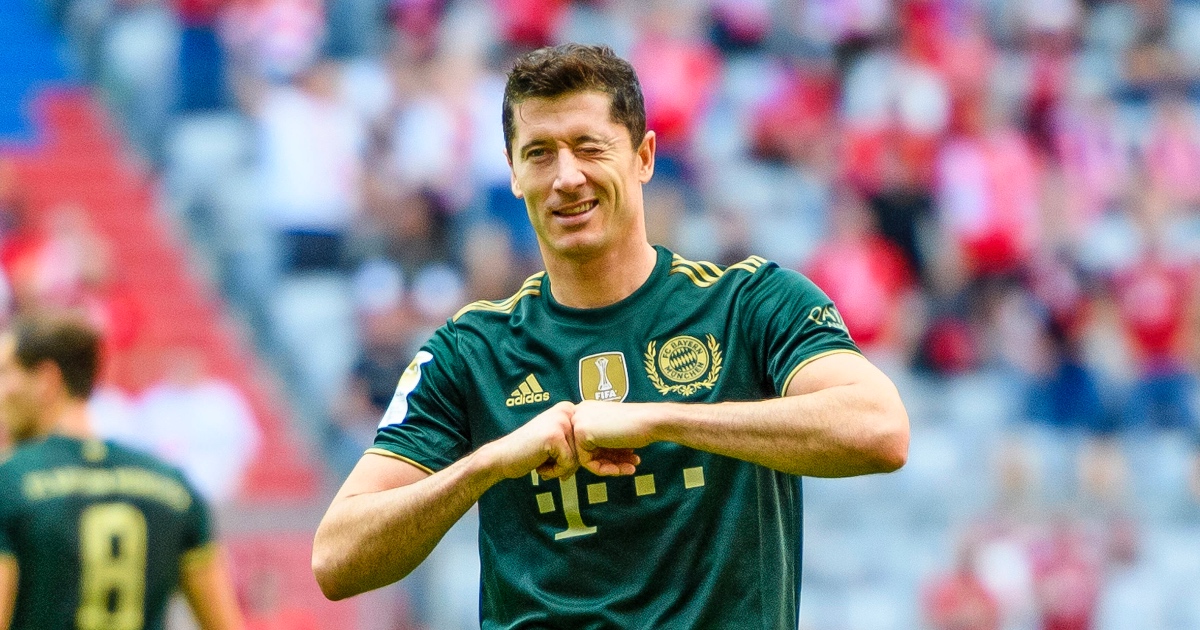 The Poland star has become one of the most deadly forwards in the world in recent years.

Lewandowski has continued that form this term, notching 11 goals in his first seven games in all competitions.

Recent reports have suggested that he could be attempting to find a way out of Bayern. Sky Sports believe he is searching for a new challenge, with Liverpool said to be interested.

When asked about a potential transfer recently, Lewandowski revealed talks had taken place with Perez.

He told Italian outlet Gazzetta dello Sport (via Football Italia): “It’s true that I met the president of Madrid, Perez, once or twice after some matches in Madrid, but I can’t say more.

“With Bayern, I play in the Champions League every season against clubs from other countries, and I can show how good I am.

“I am focused only on the present and my club to try to win again and again. I don’t think about the speculations about my future made by others.”

On being compared to Cristiano Ronaldo and Lionel Messi, the 33-year-old continued: “I always compete with myself. I do not compare my numbers and goals with those of Leo and Cristiano.

“They are great players, they continue to do great things and I have great respect for them.

Lewandowski was also quizzed on the current state of Italian clubs in European competition.

Bayern haven’t been drawn with any Serie A sides in their UCL group, although they could come up against one of AC Milan, Inter, Atalanta or Juventus later on in the competition.

“I don’t know their situation, I know they’ve changed a lot,” Lewandowski said. “But I have friends at Juventus and I know Italian clubs are always dangerous. Anything can happen in the Champions League.”