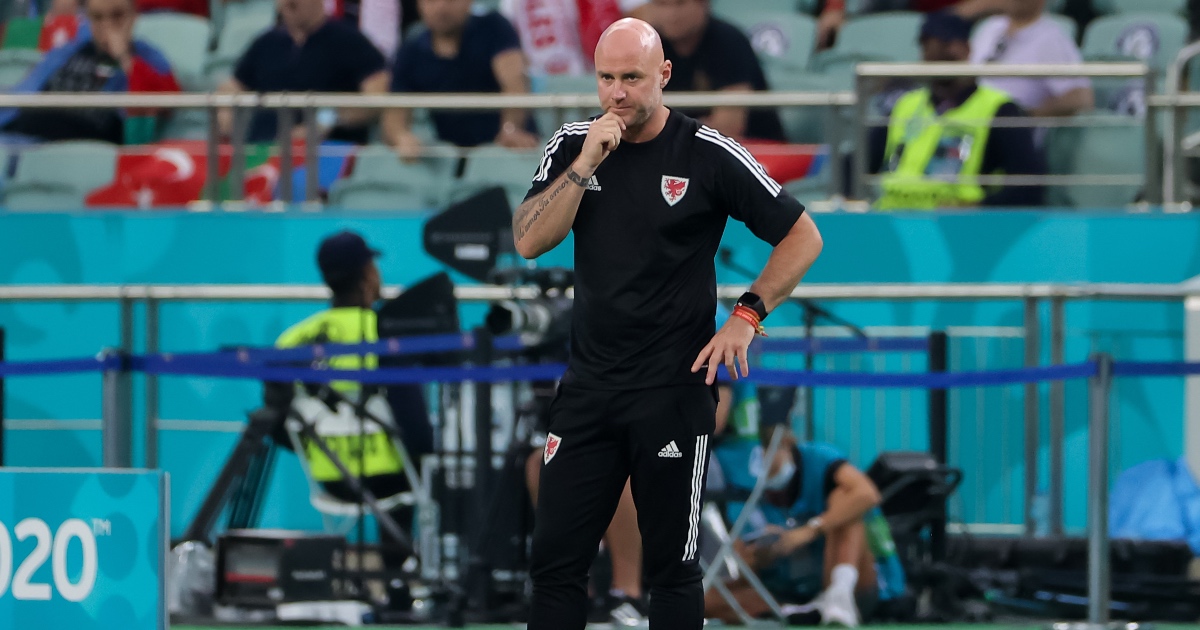 Wales interim boss Rob Page has heaped praise on his team following their 2-0 victory over Turkey in Group A.

The Dragons made it four points from two games thanks to goals from Aaron Ramsey and Connor Roberts.

Ramsey should have had a hat-trick in the first half but only managed to convert his 42nd-minute chance.

He chested a brilliant Gareth Bale pass and neatly finished into the bottom corner from inside the box.

After the interval, Bale won a penalty with a darting run but missed the opportunity to double the lead, firing his shot over.

The Real Madrid forward made up for his miss, however, by pulling off another great assist in injury time.

He picked the ball up from a corner and proceeded to sprint past two players before playing in Connor Roberts.

The Swansea man slid the ball past Turkish keeper Ugurcan Cakir to seal the points for Wales.

Speaking after the victory in Baku, Page told BBC Sport: “I couldn’t be more proud, I’ve just said to them to create the number of chances we did is unbelievable.

“We are disappointed we didn’t score more but to win in the manner we did, credit goes to the players.

“No disrespect to Turkey, they are a different side to Switzerland, but we knew we had more to come.

“The first game is always tough, you need to not get beat, so to be where we are now with four points is great.

“When you have quality like Dan James, Aaron Ramsey, Gareth Bale, Kieffer Moore, you are always going to cause teams problems.

“The lads rose to the challenge, our supporters did a great job too.

“What Gareth really showed was character, everyone makes mistakes, but he got on with it and was man of the match.

“He played a massive part as a captain, as was Aaron Ramsey who I thought was outstanding tonight.

“And Joe Morrell, who cannot even get in a Championship side, but you see him play like that in an international.

“We want to go into every game to win, we will have to be mindful of Italy, we will pick a team that can go and compete.”

Page’s men face the Italians in their final group game on Sunday at 17:00.