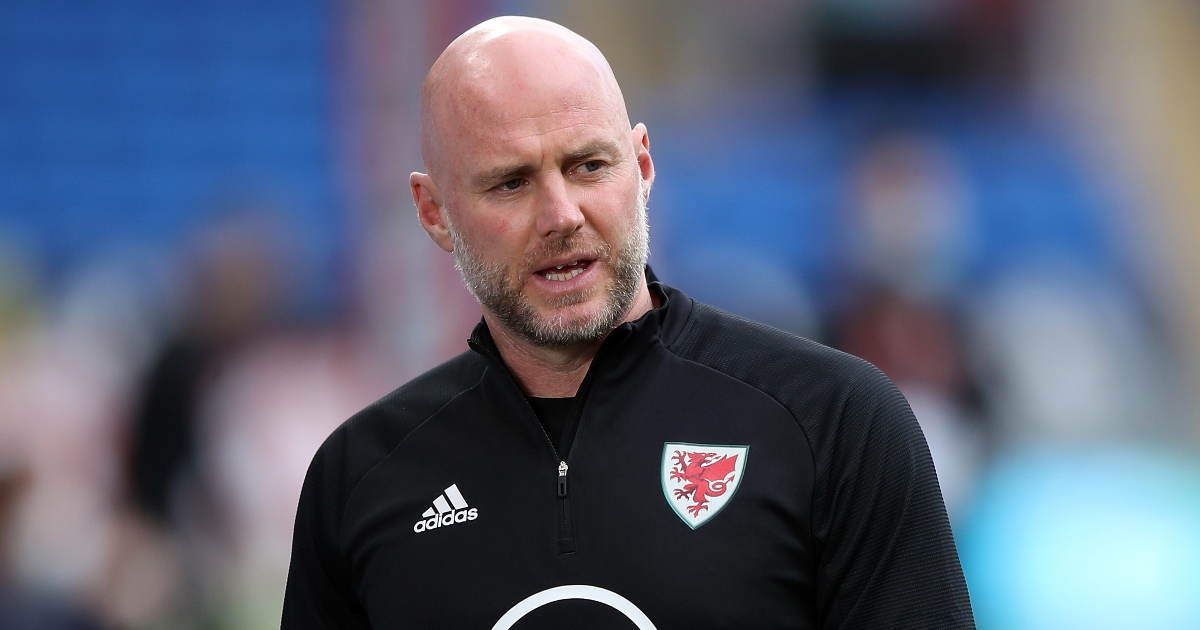 Wales will be managed by Robert Page at this summer’s European Championship after boss Ryan Giggs was charged with assaulting two women and controlling or coercive behaviour.

The Football Association of Wales soon confirmed Giggs would not be leading their men’s team at Euro 2020.

OPINION: Should Man Utd rival Bayern and Spurs for Nagelsmann?

An FAW statement said: “The Football Association of Wales has noted the decision of The Crown Prosecution Service to proceed with charging Ryan Giggs, the men’s national team manager.

“In light of this decision, the FAW can confirm that Robert Page will assume the role of Cymru men’s national team manager for this summer’s Euro 2020 tournament and will be assisted by Albert Stuivenberg.

“An FAW board meeting will be convened to discuss these developments and its impact on the association and the national team.

“The FAW will not be making any further comment at this current time.”

The CPS said: “We have authorised Greater Manchester Police to charge Ryan Giggs with engaging in behaviour which was controlling or coercive and assault occasioning actual bodily harm.

“A charge of assault by beating relating to a second woman has also been authorised. Mr Giggs will appear at Manchester and Salford Magistrates’ Court on Wednesday 28th April.

“The CPS made the decision to charge Mr Giggs after reviewing a file of evidence from Greater Manchester Police.

“Criminal proceedings are active and nothing should be published that could jeopardise the defendant’s right to a fair trial.”

Greater Manchester Police said Giggs was charged with assault causing actual bodily harm against a woman in her 30s and the common assault of a woman in her 20s.

Both assault charges relate to an incident on November 1 last year, which is understood to have happened at Giggs’ home in Worsley near Salford. The older woman was treated for injuries at the scene.

Giggs has been released on bail ahead of the court appearance.

The 47-year-old issued his own statement after being charged, saying: “I have full respect for the due process of law and understand the seriousness of the allegations.

“I will plead not guilty in court and look forward to clearing my name.

“I would like to wish Robert Page, the coaching staff, the players and the supporters every success at the Euros this summer.”

Giggs said he will not be making any further comment while the case is ongoing.

The Cardiff-born former United star was appointed Wales manager in January 2018 and led his country to qualification for the 2020 European Championship in November 2019.

But Euro 2020 was delayed by 12 months because of the coronavirus pandemic and Giggs missed the last two international camps following his November arrest.

Page has won four of his six games in charge while being assisted by Arsenal coach Stuivenberg.

Wales start their Euro 2020 campaign against Switzerland in Baku on June 12. The Dragons stay in the Azerbaijani capital to play Turkey on June 16 before facing Italy in Rome four days later.