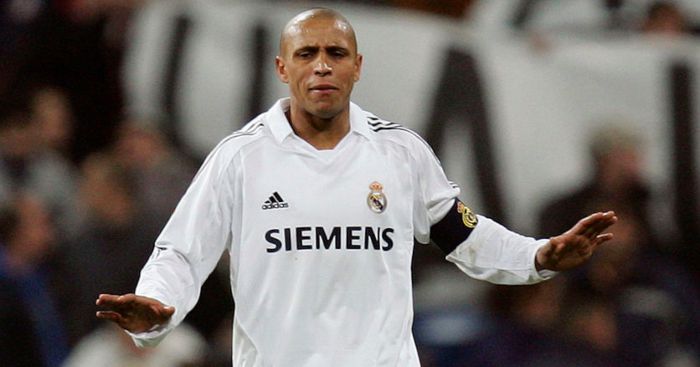 Real Madrid and Brazil legend Roberto Carlos has claimed that he came “very close” to joining Chelsea in 2007.

The Brazilian left Real that year following an 11-year spell at the Bernabeu which saw him win four La Liga titles and three Champions Leagues.

And Carlos has revealed that a move to Chelsea collapsed at the last minute over an issue with a lawyer.

“I had two proposals, Fenerbahce and Chelsea,” Carlos told Goal. “Chelsea didn’t work out so I signed for Fenerbahce.

“But, with Chelsea, it got very close. It was literally agreed and I just had to go there and sign the contract.

“It was just a week before I signed for Fenerbahce and I had been to Paris to meet both Roman Abramovich and (former chief executive) Peter Kenyon.

“Unfortunately, in the final moments something didn’t work out just before finalising, which happens a lot in football. There was an issue with the lawyer.

“It was all agreed, though, and I am 100 per cent sure I would have done well in the Premier League and it would have suited my characteristics.”

Carlos explained that he could have ended up at Aston Villa as a 22-year-old, he explained: “I was still playing in Brazil with Palmeiras when Aston Villa came in for me in 1995 but they couldn’t afford the deal. After that, I went to Inter.”