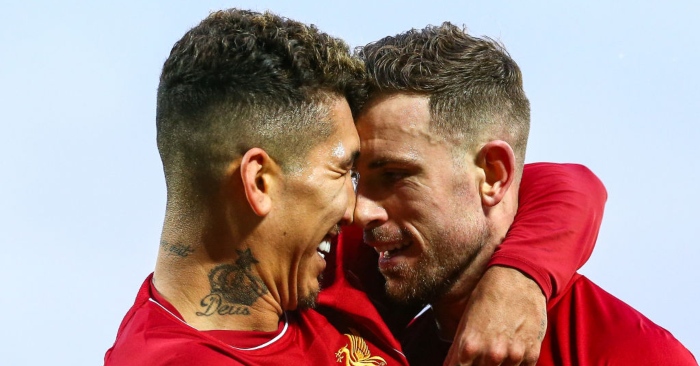 ‘Bayern are ready to test Liverpool’s resolve with an offer this summer, which could be as high as £75million.’

The idea that a £75m offer for Roberto Firmino would even register on the resolve of Liverpool is laughable. Outside of Ken Loach dramas, people do not usually sell their children; especially their favourite children who are unlike any other children in the world. A week after Jurgen Klopp agreed that Firmino is “unique” is absolutely not the time to suggest that Liverpool would sell him for the price of an excellent but unwanted Romelu Lukaku.

The logic is that Liverpool want Timo Werner (who scores goals) and so Firmino (who scores fewer goals) will find his role ‘under threat’ from the German. The logic is sound enough if you have never seen Liverpool play and have never heard Klopp speak. Otherwise, it is nonsense. Firmino has played more Liverpool games under Klopp than any other player – some 25 ahead of second-placed James Milner – precisely because nobody else can play his role. The selfless striker. The false 9 who pops up at 8, 9, 10 and 11. The first line of defence. The fulcrum. The connector. He is impossible to describe precisely because – as Klopp admits – “I do not know a player like him, that is true”.

Klopp went on to describe Firmino as “a very football-smart person, obviously”, and perhaps he needed to add that ‘obviously’ because intelligence is a strength that cannot be measured in statistics. There is no radar to capture that quality. Nor one to encapsulate the seemingly instinctive synergy that is really just muscle memory learned over two years playing with the same set of players. Finding a striker that could score more goals than Firmino is a simple task; finding one to replicate Firmino’s role in this Liverpool side is nigh-on impossible. You would have more luck persuading Phil Neville to make his wife a cup of tea.

Transfer market algorithms will always undervalue a striker who has never and probably will never hit 20 league goals in a season; they would have you believe that the Brazilian is worth a fraction of a Mo Salah or Sadio Mane. But anybody who listens to Klopp talk about Firmino and the lack of importance he places on his traditional ‘output’ (“When I think about Bobby I don’t think about scoring”) knows that he would choose to lose just about any other player ahead of Firmino. When he thinks about Bobby, he certainly does not think about selling him for £75m.

Should Liverpool make such a ludicrous sale, they would have a mutiny on their hands, with left-back Andy Robertson saying as much in recent weeks: “With his work-rate, his technique, his goals and his all-round play, I don’t think there’s anyone like him. People will say there are better strikers, but for me what he does is so important to our team. We’d be lost without him.”

There will always be LOLlers who point out that ‘striker’ Firmino has scored fewer goals this season than Burnley’s Chris Wood – and the New Zealander has actually scored more goals from a similar xG this season – but that’s an argument for the ignorant. As is the notion that the champions-elect would consider a £75m bid for one of the key components of a phenomenal machine.