Home All The News Martinez: De Bruyne has ‘green light’ to return for Belgium 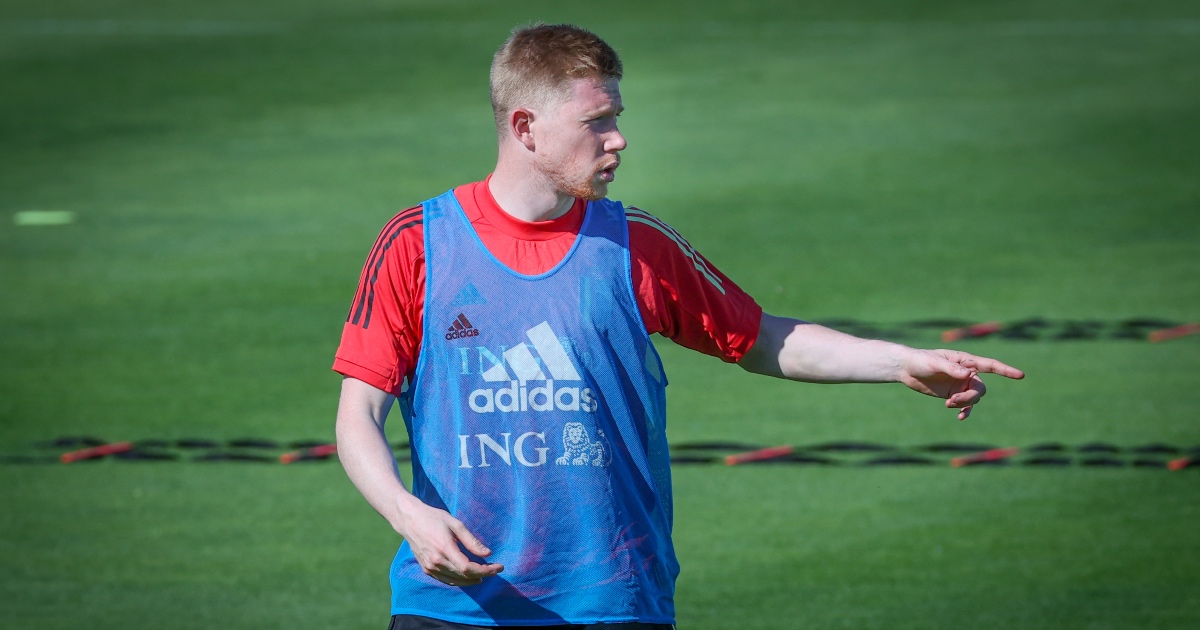 Belgium boss Roberto Martinez says Kevin De Bruyne will have some part to play at the Euros after being given the ‘green light’ to return.

The Manchester City midfielder suffered a facial injury in the Champions League final defeat to Chelsea.

He clashed with Antonio Rudiger and was ruled out of Belgium’s opener against Russia as a result.

The Belgians coped with his absence though, easing to a 3-0 win thanks to a top performance from Romelu Lukaku.

Speaking about De Bruyne, Martinez said: “The problem is very clear. He’s medically fit, he has got the green light to be in a match situation.

“Obviously now it’s a question of seeing how long Kevin can play and how we can use the two games that we have in five days to try to bring him to the 90 minutes.

“I’m really pleased with the progress that he’s making.”

The playmaker has been seen in light training with his Belgium team-mates in recent days. He’s travelled to Copenhagen for the second group game against Denmark and could come on as a second-half substitute.

His return to match fitness would be a major boost for Martinez’s side. They’re looking to end years of hurt in major tournaments, although this might be their final chance.

First team players Dries Mertens, Jan Vertonghen and Eden Hazard are all 30 or above.

Ahead of their match against Denmark, Martinez revealed Belgium would pay tribute to Christian Eriksen.

The former Tottenham star was hospitalised due to cardiac arrest against Finland last week.

“As a team, there is a real intention to show our wishes and thoughts to Christian, and the players will prepare that side,” the manager said.

“Our message is ‘football is not the same if Christian Eriksen is not on the football pitch’ and all we want is for a full recovery and to see Christian very, very soon in the Danish team and for Inter Milan, and everyone in Belgium is joining in to those wishes.”

Following the game against Denmark, Belgium end their group campaign against Finland on Monday 21st June.

It’s hoped De Bruyne will have played at least once by the round of 16, should they reach the knockout phase.