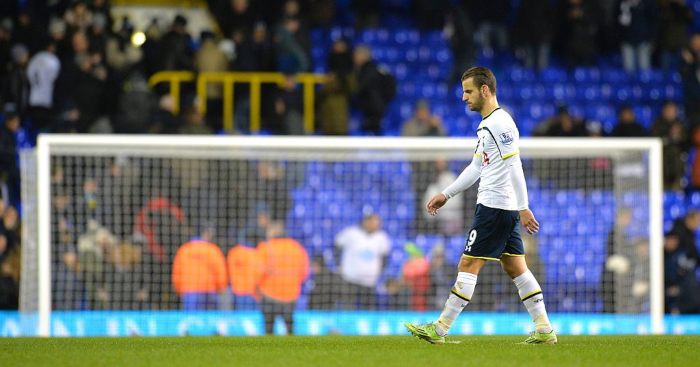 Soldado was signed for £26million during the ill-fated summer of 2013 for Spurs, in which they sold Gareth Bale for a world-record sum to Real Madrid but replaced him with players who – a couple aside – weren’t very good.

That group included Soldado, who scored 16 goals in 76 appearances after joining Tottenham from Valencia, and the Spaniard claims that he was “overcome” by multiple facets of his transfer.

“It was a league that attracted me a lot,” Soldado told Spanish newspaper AS (via Sport Witness) on Thursday.

“I thought my game could adapt very well, but the reality was very different.

“I suffered a lot every time I was on the field, it was a very physical football, and I saw myself overcome on all sides.

“Perhaps mentally being away, the language, affected me a lot, my family did not quite fit in with London very well, and they were two very hard years because I did not enjoy them.”