Home Liverpool Robertson: Liverpool would be ‘daft’ not to expect blip 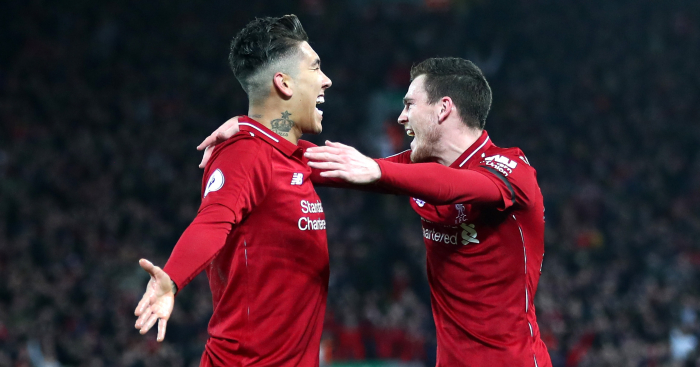 “We can’t take our foot off the gas,” said Robertson. “If we can keep going, it’s a nice lead but we know how easily the Premier League can change.

“Who would have expected Man City to get zero points against Crystal Palace and Leicester?

“No disrespect to them but everybody was thinking Man City were untouchable. But that’s how the gap has happened.

“We would be daft to think it can’t happen to us. So we need to be at 100 per cent in every game and if we are then I believe we can achieve something special.

“It has been a special year at Anfield – I’m sure the fans have enjoyed it and so have we.

“But now it’s about taking that form into 2019 because nothing has been achieved this year.

“We came close of course in May and we have started well this season but we need to go into 2019 and hopefully that calendar year can bring a trophy.”