Home All The News Robertson: Next match ‘is always the most important’ one 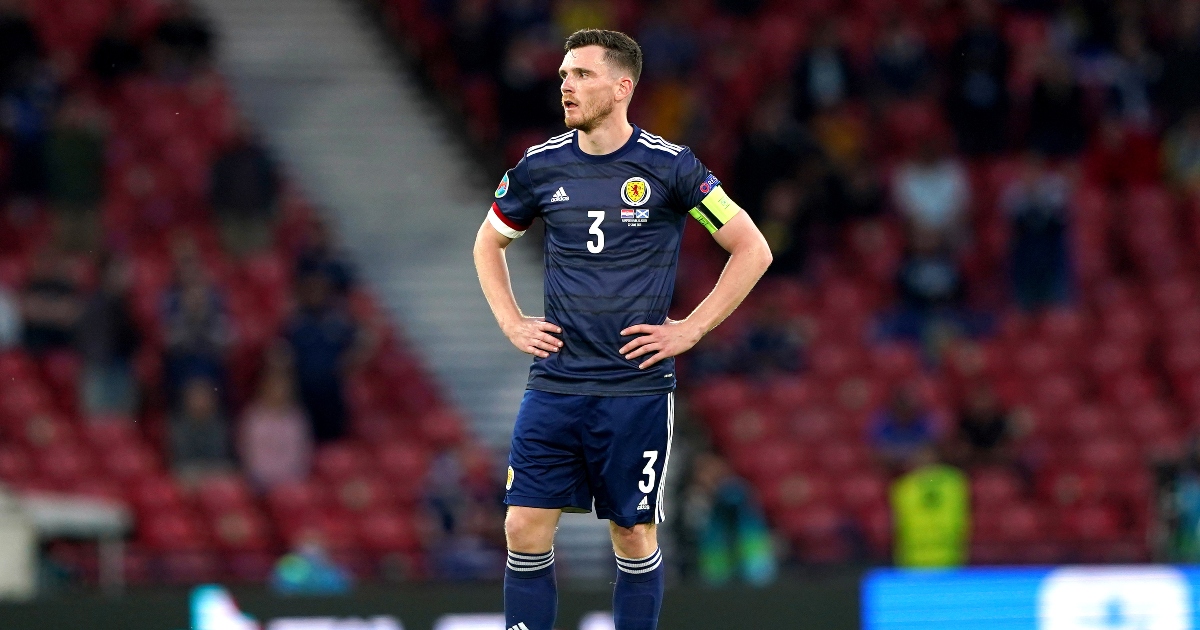 Scotland captain Andy Robertson says his team must put the Denmark loss behind them and switch their focus to the Moldova game on Saturday.

Steve Clarke’s men were brushed aside by the Danes on Wednesday evening, losing 2-0 in Copenhagen.

The Tartan Army welcome Moldova to Hampden Park this weekend, and Robertson is hoping the home crowd can replicate the support that Denmark players received in their encounter.

He said: “The next one is always the most important. I have been involved in squads that have not picked up points when we maybe should.

“We will have our crowd back at Hampden, and I hope we have a really good turnout because the Danish were fantastic on Wednesday. The fans got right behind their team and the players reacted.

“Hopefully we can replicate that on Saturday, hopefully have a good crowd. For me the next game is always the most important, you can only look at what’s in front of you and that’s Moldova.

“We have to recover quickly, try to put in a good performance and try to get the three points and then we will turn to Austria.”

And after Wednesday’s loss, Robertson suggests Scotland should aim for a second place finish as Denmark boast a 100 per cent record in Group F.

The Liverpool man said: “Denmark are number one seeds, they have beat everyone they have played so far.

“We wanted to be the team that managed to take points off them, but look, we have a massive two games coming up.

“We know what we need to do, we are still right in it in my opinion but we need to pick up points, that’s the only way you get back in the group.

“If Denmark continue to beat everyone then number one will be them and it is a fight for second place. With the other teams it is still pretty close but we have still to play them and we need to try to take points.

“We believe we can take positives from the second half but we need to put in 90 minutes like that if we want to get anything out the next two games and going forward.