Home All The News Robertson: Salah’s goal against Chelsea ‘shut up’ racist fans 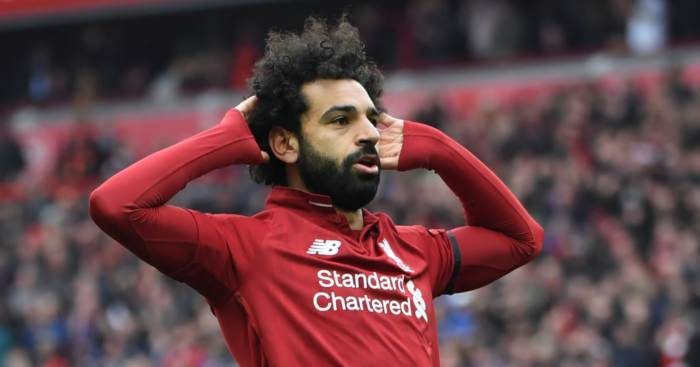 The Reds released a statement on Thursday evening admonishing a group of apparent Chelsea supporters who were filmed chanting “Salah is a bomber”.

Chelsea have pledged to take appropriate action, with three members of the group prevented from entering the Slavia Prague stadium for Thursday’s Europa League match.

Jurgen Klopp also spoke in the strongest possible terms against the abuse, he said: “It’s disgusting. It’s something that should not happen.”

And Robertson thought his Egyptian team-mate responded to the video of the Chelsea fans in the best way possible.

“That’s the way to shut them up,” said Robertson. “It’s not nice but he dealt with it. It didn’t affect him at all – it didn’t look like it, did it?

“Sadly people are getting used to things like this now because it is happening far too often.

“Raheem Sterling said the other day that the only way to shut people like this up is to score goals and to beat them.

“It was a fantastic goal. He cut inside and as soon as he hit it, everyone knew it was in.”