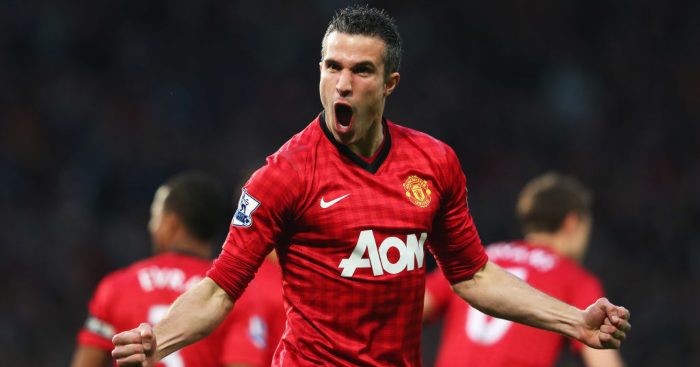 Robin van Persie thinks it’s a “good thing” that Man Utd are being awarded so many penalties this season.

Bruno Fernandes has had a huge impact since joining the Red Devils from Sporting Lisbon in January but seven of his 11 goals have come from the penalty spot.

There has been criticism that Man Utd are going to ground too easily when they get inside the box but Van Persie thinks it just shows how positive going foward Ole Gunnar Solskjaer’s side have been this term.

“If you get 21 penalties in a season, it shows you that you’re attacking a lot, you know?” Van Persie told 90min.

“Maybe a couple of them could or could not be a penalty, maybe a little bit tricky, but even then you’re attacking and in a situation where the referee can give a penalty. I think it’s a good thing that they’re getting so many.”

Van Persie added: “Bruno Fernandes has his very own unique style of taking them, but what I like is that he mixes it up. He’s not only doing that funny jump…it looks so strange to me because it’s not the way I used to take penalties, but he’s been doing it for so long. He hasn’t missed for four years.

“You have to come up with something new and he’s doing that, and it’s working. As long as it works, perfect.”