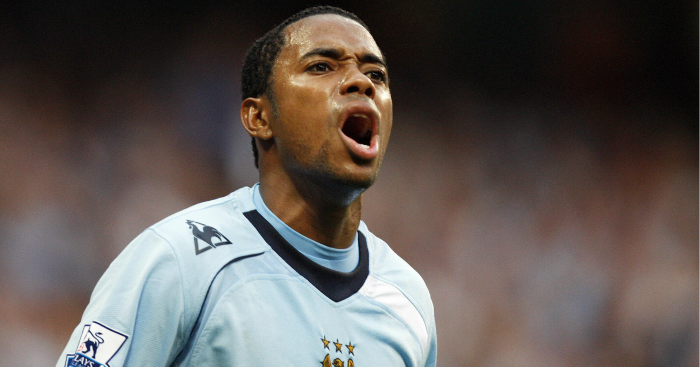 Robinho has explained why his move to Chelsea collapsed just months before he joined Manchester City.

Robinho became the most expensive signing in British history on transfer deadline day in the summer of 2008, joining a newly-minted City for £34million.

The Brazilian had been a Premier League target for a number of seasons, and was expected to join Chelsea at one stage.

The Blues even started selling replica shirts with his name emblazoned on the back in their online club store.

But Robinho says Real Madrid vetoed his move to Stamford Bridge as they wished not to sell to a “direct rival” in the Champions League.

“With all the respect in the world to the players I played with, it would be much, much easier nowadays,” he told the Daily Mail. “I remember that last day of the window. Tick-tock… my agent called me and said, ‘You have this chance to go to City. There are other Brazilians there, Elano and Jo.’ So off I went.

“Two months earlier, I had spoken to Chelsea boss Phil Scolari. But the Madrid board blocked it as they didn’t want me to go to a team in the Champions League that could be a direct rival.”