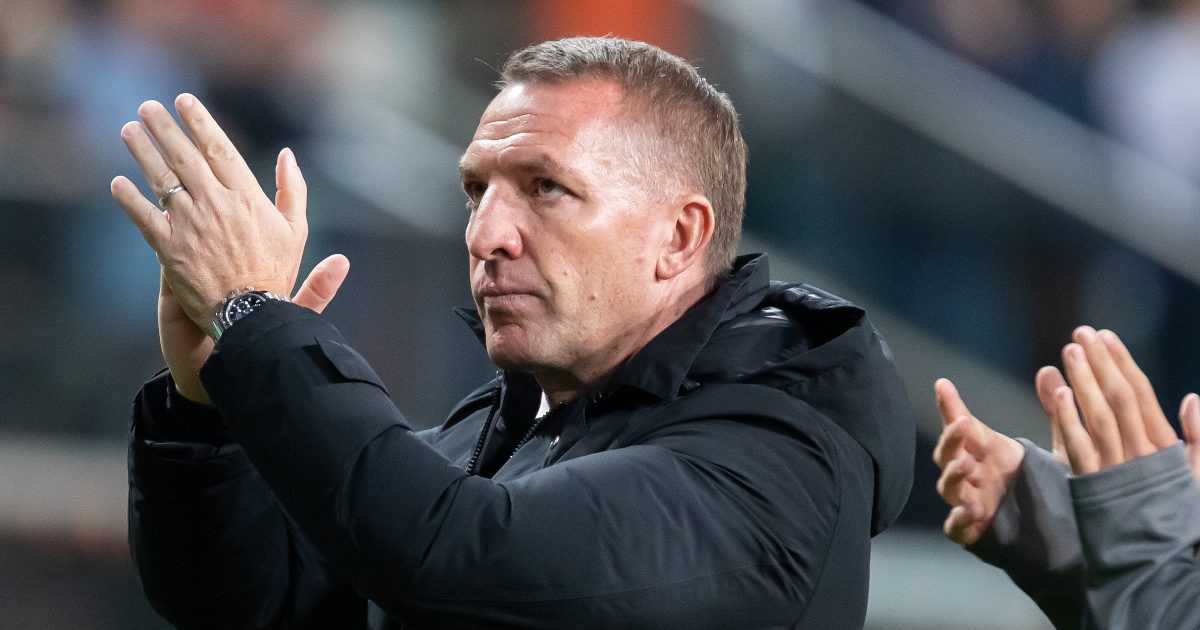 Brendan Rodgers has insisted that he “absolutely loves” being Leicester City manager amid reports linking him with a move to Newcastle United.

Rodgers is reportedly a target of the new Magpies owners. This is despite the fact that Steve Bruce will remain in charge of the club for their game against Tottenham Hotspur on Sunday.

The Northern Irishman suggested that he is “very fortunate” to be in such a good position at Leicester.

Asked if the project at Leicester was his only concern, he replied: “One hundred per cent. I have got a contract until 2025, I absolutely love being here.

“I’m very fortunate. I’ve got a great chief executive and a director of football who I have a close relationship with and a a group of players that I really, really enjoy working with.

“We have an infrastructure here that allows us to look to compete, so as long as they don’t want to move me then I’m very happy being here at the club.

“I’ve seen all the reports around it but of course it doesn’t help anyone, particularly Newcastle and (their current manager) Steve (Bruce).

“It’s the type of week that I don’t like in the modern game.

“Managers and coaches work hard to do the best for our teams and then we have speculation and gossip that goes around and it can destabilise supporters and maybe players, but it doesn’t benefit anyone at all.

“Thankfully I’ve been in the game long enough now to just focus on my job and my role, and I’m very happy to do that.”

Rodgers said Bruce’s situation was one every manager could relate to.

“I feel for Steve, it happens to all of us. You get put on death watch by the media and it’s constant. He’s a great football man and he’s got on with his work,” he said.

Rodgers’ side face Manchester United on Saturday and could welcome back former United defender Jonny Evans following a foot injury, something Rodgers sees as hugely beneficial for the Foxes.

Rodgers said: “For every centre-half since I’ve been here, (Jonny) has made them a better player.

“When you don’t have Jonny there’s an imbalance to the defending because he’s a great communicator. If you’re not communicating, you’re not defending.

“Whether it was Harry Maguire or Wes (Morgan) or Cags (Caglar Soyuncu), he brings their game to another level, so hopefully we can get Jonny back.”

Leicester sit 13th in the table after an indifferent start to the season, and Rodgers is now relishing a run of two games a week for the next four weeks leading into the November international break.

“You know if you’re successful you’re going to have lots of games so it’s something that we really look forward to,” he said.

“This is a great opportunity starting tomorrow to get back to our level, get our focus back again and hopefully get one or two players back, and then we can progress as the season goes on.”