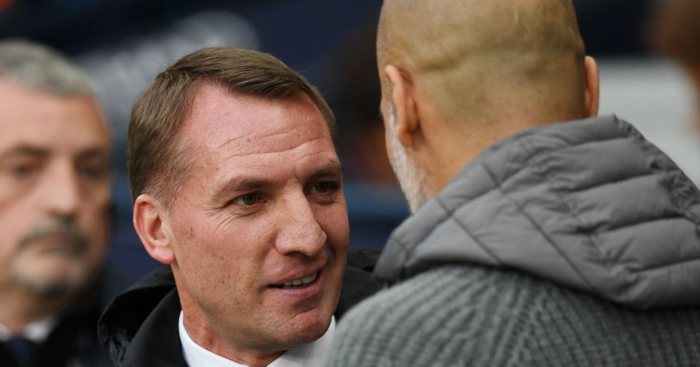 Leicester City boss Brendan Rodgers admits Manchester City were “on another level” as they beat the Foxes 3-1 at the Etihad.

City had to come from behind as Jamie Vardy scored a breakaway goal for the Foxes, but the hosts responded quickly as Riyad Mahrez scored against his old side in what was a standout performance from the Algerian.

Ilkay Gundogan put City ahead from the spot before the break and Gabriel Jesus scored his first goal at the Etihad since January to secure the victory.

Rodgers told Sky Sports: “In the first half we weren’t good at all. It actually shows how well we’ve done to be where we are. Against that level of opponent it was a good lesson for us. No complaints about the result from me.

“We have to respect the quality of opposition we were against tonight. Technically they’re on another level and Kevin De Bruyne was world class tonight.

“To be ahead of City at this stage of the season shows how well we’ve done. We were better second half and for us it’s about that continual growth as a squad.”