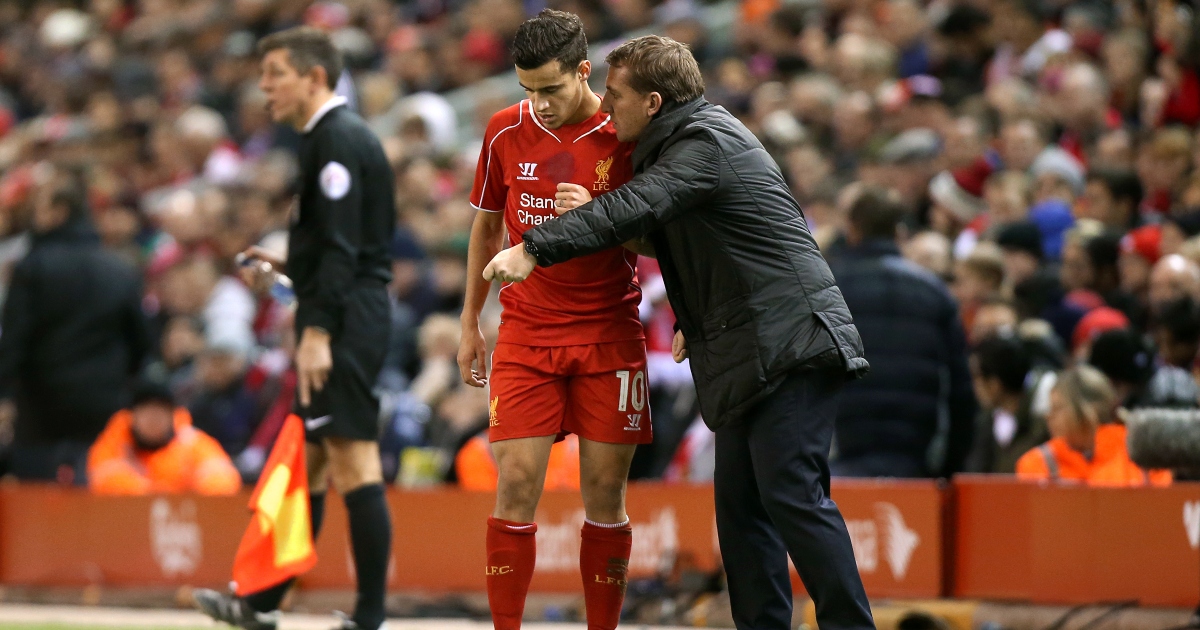 Leicester City boss Brendan Rodgers admits he is “surprised” that Philippe Coutinho was not a success at Barcelona.

Coutinho left Liverpool in 2018 after Barca agreed a £105m deal rising to £140m with potential add-ons to take the Brazilian to the Camp Nou.

In just over three seasons, the playmaker managed 25 goals in 106 appearances for the Catalan giants.

Rodgers was Coutinho’s boss during their time at Anfield. They came close to winning the Premier League title together in the 2013/14 campaign.

Following the 29-year-old’s loan transfer to Aston Villa, the Leicester manager has admitted he expected things to go better for Coutinho at Barcelona.

“I have to say I’m quite surprised it hasn’t worked out for him at Barcelona, because I thought if ever there was a player and a club which were aligned, it was probably those two,” Rodgers said.

“If he feels that love, and he feels that responsibility, then he’ll thrive. I’m sure he’ll do really well for Steven, he just needs to get back playing regularly. He’s shown in the Premier League he’s a top player, and he’ll look to return to that level.

“He’s an amazing player, and a great guy,” Rodgers continued. “I remember when we brought him in at 19. I’d seen him as a young player and we’d hoped to get him to Chelsea, but he’d already agreed he was going to Inter Milan.

“We were able to, when he was 19, bring him in then. I think at the time people maybe put a question mark over his physicality, but he proved during his time at Liverpool, and his development, what a fantastic player he was. He’s a very humble guy.”

Elsewhere, Everton have completed the loan signing of Aston Villa winger Anwar El Ghazi until the end of the season, the Toffees have confirmed.

The winger has played over 100 times for the Villans. He enjoyed a strong season in 2020/21 as he contributed with ten goals in the league.

El Ghazi’s loan to the Toffees was confirmed on Thursday. Speaking on the switch, he said that he wants to make Everton fans happy: