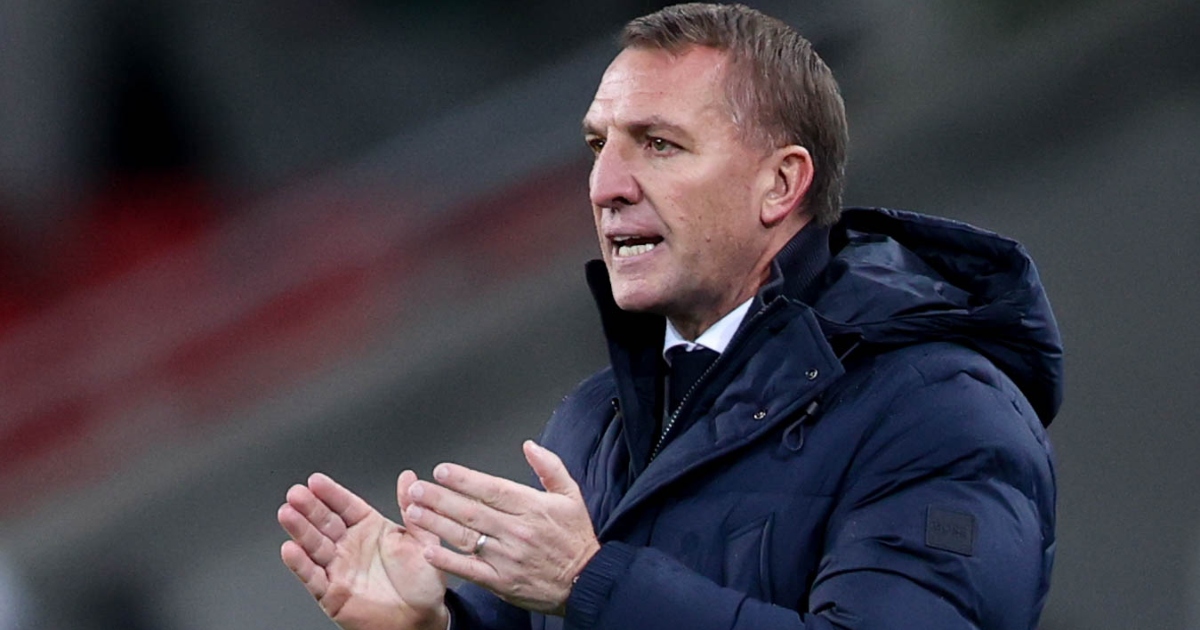 Leicester manager Brendan Rodgers has hailed the aggressiveness of his team after they came from behind to beat Spartak Moscow 4-3 in the Europa League.

Patson Daka scored all four goals for the Foxes on Wednesday to help them get a first win in their Europa group.

The Premier League club fell 2-0 behind in the opening 45 minutes, going into half-time only one goal down thanks to Daka’s first goal.

The Zambian scored his fourth in the 79th minute – becoming the first Leicester player to net four goals in a game since Derek Hines in 1958.

“For the neutrals, it was obviously a great game to watch, I’m very proud of the team… we dug ourselves out of a hole being 2-0 down,” Rodgers told lcfc.com.

“[We were] unfortunate with the first goal, a deflection. The second goal, we presented to them, but this team, we’ve created a spirit over the last two-and-three-quarter years to keep going and keep fighting, and that is what they did.

“Second half, we were much more aggressive in our game and obviously then, that presented us with some great opportunities. So, it’s a great win in the end.”

Rodgers also praised his four-goal man after he carried the Foxes to an impressive victory.

“He was exceptional,” he said. “To score four goals in a game… the first one, he takes it really, really well and we needed that just before half-time.

“Then, in the second half, Youri [Tielemans] produced a great pass that’s set up Kels [Kelechi Iheanacho] to cross it and finish, so he’s in the right place at the right time.

“Madders [James Maddison] plays one through, so yes, his finishing was sublime, but we’ve seen that in training since he’s come in. Left foot, right foot, he’s very composed, he’s very calm and we needed that tonight.”

“It was very important, because at 2-0 down, you’re really uphill,” he added. “We didn’t play well enough. The things we talked about before the game, running in behind, everyone was coming to the ball.