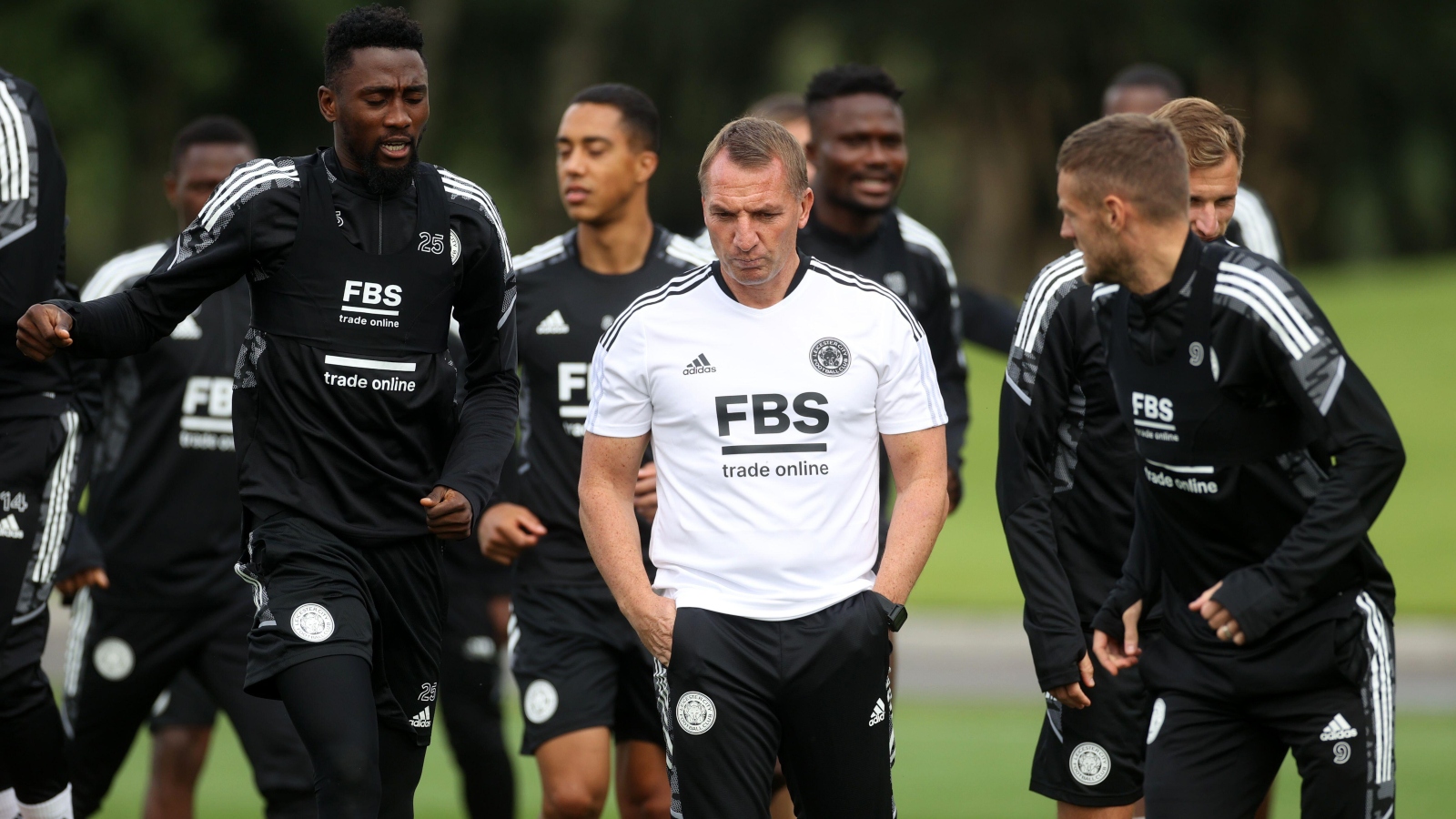 Leicester boss Brendan Rodgers has revealed that midfielder Wilfred Ndidi is expected to be out for several weeks with a hamstring injury.

The 25-year-old picked up the issue on international duty for Nigeria but was fit enough to start Monday’s 4-0 win over Nottingham Forest.

However he aggravated it during the first half, coming off at half-time, and will now be forced to sit out the next set of games – with Nampalys Mendy another likely absentee against Bournemouth on Saturday.

“Wilf Ndidi will probably be out for a little bit. He came back from international duty with a minor hamstring strain,” boss Brendan Rodgers said.

“He recovered well, but he felt at half-time on Monday it was sore again. He will miss a few weeks.

“Papy Mendy has an issue with his knee so he will struggle for the weekend. Everyone else should be fine.”

“The doctor and medical team said this morning it is highly unlikely he will be involved in the weekend but will hopefully join the team after that.”

Boubakary Soumare will probably start for the Foxes against Bournemouth this weekend having come off the bench to play the second half of Monday’s victory.

The Frenchman joined Leicester last year and endured a difficult debut season in England but Rodgers says he will be given an opportunity to impress with Ndidi and Mendy out.

“With Bouba, we have to recognise that there’s no time given to players,” he explained.

“I remember a time when a top-class player would have gone to Liverpool and then you wouldn’t hear of them for a year. There was never any questions asked. They were learning their trade. When they were ready, they were brought into the team.

“Nowadays, because of the spotlight, people expect players to be ready straight away. Has he fallen out with the manager? Does he not like training?

“He came into a new country and a new style. He didn’t speak the language. It’s been tough. He’s done really well. He’ll get an opportunity now.

“The improvements are that bit more anticipation. It’s the same with (Patson) Daka.

“There’s very few that are like Erling Haaland, who is a generational talent. Most players take time to adapt. Bouba has been one of those.

The Foxes got their season up and running with Monday’s 4-0 demolition of Forest, ending a run of six successive defeats.

Having played Arsenal, Chelsea, Manchester United and Tottenham in their horror start to the campaign, Rodgers is now looking for his side to push up the table with a kinder run of games, starting at the Vitality Stadium.

“I said before Monday night’s game, we’d had a tough run of fixtures, but this run before the World Cup gives us a chance to accumulate points and very quickly we could find ourselves in the middle of the table,” he said.

“We’ve put a plan together. We need to take the energy into our next game.”