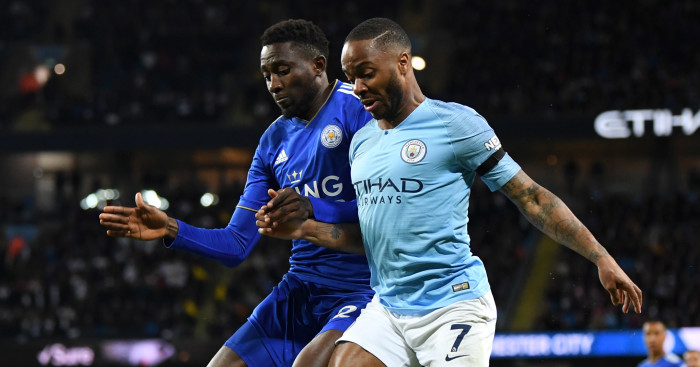 Ndidi will play no part against Manchester City at the King Power Stadium in Saturday’s evening kick-off after missing the Foxes’ last two matches.

The Nigeria midfielder has felt discomfort in the same knee which required surgery in early January and Rodgers will not be rushing him back.

“He’s still in a process to try and get fit, so we’ll see how he is next week,” Rodgers said.

“I’m not sure. There’s no timeline on it, we just have to see how he progresses.

“He’s virtually weight-bearing and he’s doing his work inside, and then you have to progress that to going outside and then it’s when can he join the team.

“There’s a different intensity when training with the team and then of course there’s another intensity to play. So we just want to make sure he’s absolutely right. He’s such an important player for us, but it’s his well-being as well.

“We want to ensure, not just the short-term but the long-term as well, that he’s right and can come back into the team with no recurrence.”

The trio’s defensive leg work will be sorely missed given Rodgers’ assertion that a lack of aggression without the ball cost his side in a 3-1 defeat to City at the Etihad Stadium in December.

“Three excellent players and obviously we have to find a strategy and a plan to come up with a game that can see us try and get the three points,” Rodgers said.

Jamie Vardy gave Leicester a first-half lead against City at the Etihad, but Rodgers said they lacked the intensity out of possession to trouble Pep Guardiola’s players.

“We were too passive in the game, I think that was pretty clear,” Rodgers added.

“We got a great start in the game, but we didn’t press the game hard enough and well enough at times.

“That’s something we spoke about after that game and then, once you have the ball, you have to have that ability to play quickly.”

City’s 2-0 win against West Ham on Wednesday night lifted them four points clear of third-placed Leicester, who have taken only five points from the last 15 available.

Defender Ryan Bennett is hoping to feature for Leicester for the first time since arriving on loan from Wolves and Matty James is also in contention following a long-term Achilles injury.