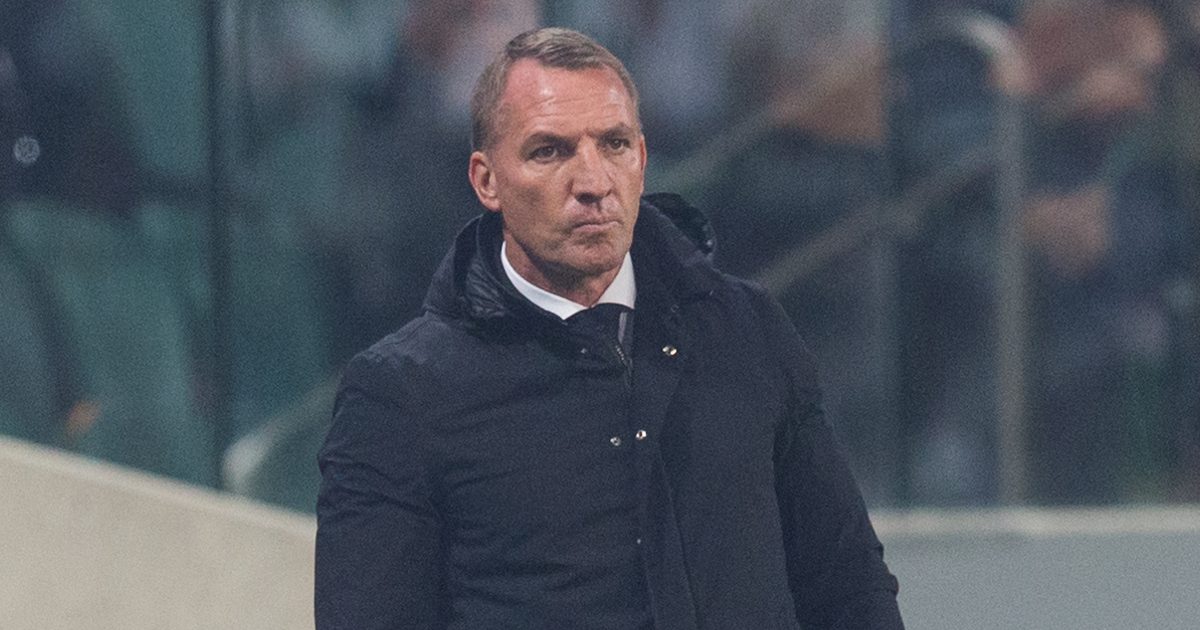 Leicester City boss Brendan Rodgers has insisted that there is “enough time” for his side to qualify for the knockout stages after they were beaten by Legia Warsaw.

Mahir Emreli’s strike sunk the Foxes in Poland as they slipped to a 1-0 loss to leave them struggling in Group C.

The Foxes were joint favourites for the competition with Napoli but both sit joint bottom of Group C with just a point after the Italian’s 3-2 defeat to Spartak Moscow.

Leicester go to Moscow in October and Rodgers remains confident they can progress.

He told a press conference: “It’s very open, there are four games to go. Legia have made a good start but our aim is to qualify. We still have work to do.

“We’ve got one point from two games but there is enough time to do that.

“I’m disappointed with the result. We were too passive in the game in the first half. Then we had a couple of really good chances.

“We didn’t concede too much, we dominated the second half and were much more active. We had opportunities to get something from the game.

“I’ve made the changes but it doesn’t take away the importance from it. We have four more games to qualify. As a football club, we’re new to the level.”

Rodgers made six changes from Saturday’s 2-2 draw with Burnley with Jamie Vardy only coming off the bench for the final eight minutes.

Leicester’s preparations started in embarrassing fashion when Kelechi Iheanacho was turned away by Polish border control because of problems with his travel documents on Wednesday.

It got worse as Emreli struck a first-half winner when he held off Daniel Amartey and drilled into the corner off the post.

Ayoze Perez dragged wide with just Cezary Miszta to beat as Leicester chased the game but they rarely looked like they had the energy and ingenuity to level.

The Foxes at least improved after the break and had plenty of possession but only Jannik Vestergaard’s miscued header forced Miszta into action.

Indeed, Kasper Schmeichel needed to ensure Legia did not add a late second when he turned Lirim Kastrati’s shot onto the post before Tomas Pekhart blazed over when the hosts caught Leicester on the break.

Emreli told uefa.com: “My mum usually wants me to shoot as quickly as possible when I get the ball, so I don’t think she will be fully satisfied because I kept the ball for some time.

“We have six points after two games. You might think it’s a dream, but it it’s really happening.

“There are no favourites anymore in football. Everything is in your head. I said before the game we should enjoy it like an exotic holiday because it is fantastic to play in such an atmosphere against such a good team and we did that.”