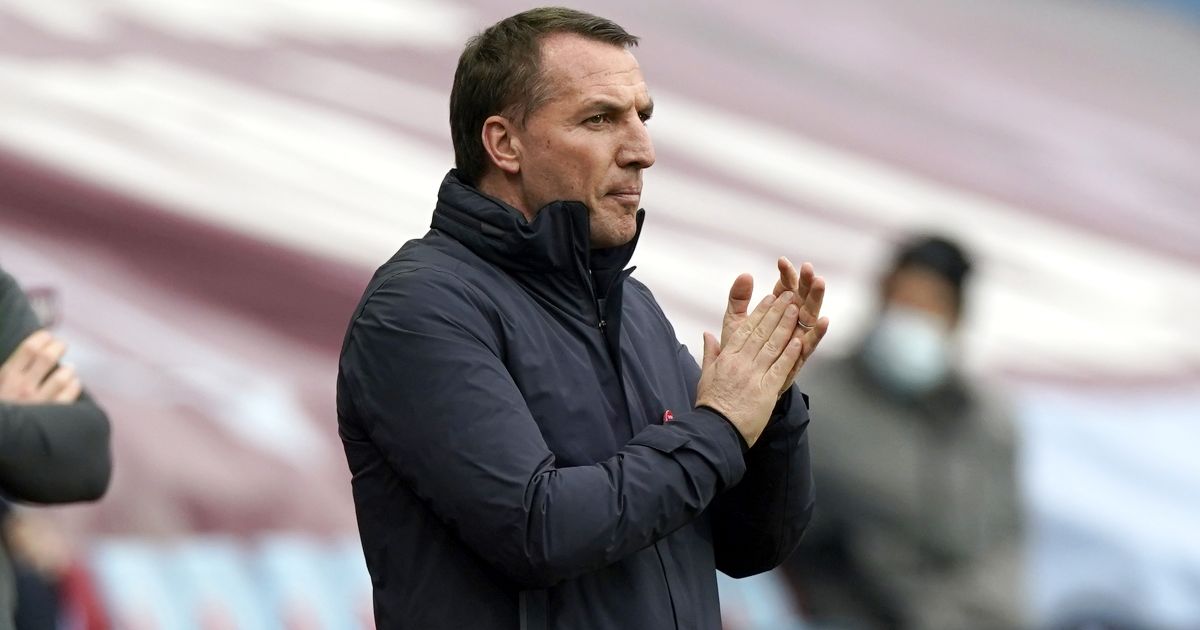 Brendan Rodgers has confirmed that three Leicester City players are back available for selection this weekend against Sheffield United.

Defender Evans was absent for the last two games due to a calf problem, midfielder Praet has been out since January because of a hamstring issue and forward Perez was sidelined after picking up a knee injury against Liverpool on February 13.

Boss Rodgers, who had eight players unavailable for the 2-1 win at Brighton last weekend, told a press conference on Friday: “We’ve got real good news with Jonny Evans back and he should be available.

“Dennis Praet has been training this week as well, so he should be available, and Ayoze Perez. I will check with all of those three before we select the team but it’s good to have those back.”

James Maddison has missed the last three matches due to a hip problem.

And when asked for the latest on the England international, Rodgers said: “No update. I said the other week we’re probably looking at seeing where he is at after the international break.

“Day on day he is getting better. There is no sort of timeline on it. It’s just really about how he’s going to feel. There’s a little bit of soreness there, but he’s working with the medical team very hard.

“He’s as frustrated as us all really. He’s such a big player for us. But hopefully he’ll play a real part for us in the closing games.”

Rodgers added: “It’s just waiting and seeing how he reacts to some of the work he’s doing. It’s in the same area, but it’s not the same injury that was repaired before. There’s obviously a reaction there in the tendon and we need to see how that develops but hopefully, fingers crossed, he’ll be back sooner rather than later.”

Leicester also have Harvey Barnes (knee), Cengiz Under (thigh), James Justin (knee) and Wes Morgan (back) out of action.

Rodgers was also asked for his thoughts on VAR after it was reported the Premier League was set to send surveys to its clubs to request feedback on ways to improve the use of the system.

He said: “I don’t think it’s VAR, it’s the implementation, it’s who is operating it.

“We had an incident last week at Brighton which could have cost us a penalty, which looked a clear penalty. You can see the defender catching Vards (Jamie Vardy) when he goes into the box.

“When it goes to the VAR, and it is slowed down and you look at the different angles, you can see clearly that it was a penalty. So for that not to be given, it is frustrating.

“And you see the incident with Phil Foden – and people talk about honesty of players and staying up, but that’s what happens. He stays on his feet and he doesn’t get a penalty. If he goes down, he’ll get a penalty.

Rodgers was referring to the fact no penalty was given when Foden was challenged by Alex McCarthy in the box in Manchester City’s 5-2 win over Southampton on Wednesday – an incident Maddison tweeted about that evening.

He wrote: “Being honest and getting straight back up to try and score like Phil did is punished… where’s the incentive to stay on your feet?”