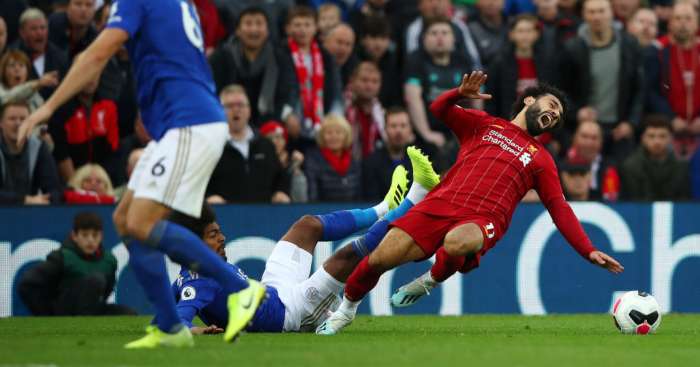 The 22-year-old was hit with a torrent of racist abuse following a tackle that injured Salah during the Foxes’ 2-1 defeat at Anfield earlier in October.

Jurgen Klopp was fuming after the match, calling the challenge by Choudhury “dangerous as hell”.

But Rodgers has defended Choudhury and called the Liverpool reaction to the tackle “over the top”.

“The reaction to Hamza was right over the top for me,” Rodgers said. “The boy went in to make a tackle.

“Mo Salah is a world-class player but you can tackle him. It wasn’t even a bad tackle.

“You have to ensure they stay aggressive because that is their game, without overstepping the line.

“If you look at the team we play in an aggressive but sporting way.

“Young Hamza is one of those lads that play on the limit and is fighting for his career.

“His strength is recovering the ball and retrieving the ball, which he is very good at, and he is learning other aspects of his game.

“The only way is constant work and talking with him.”