Home All The News Rodgers: Iheanacho at a ‘really high level’ alongside Vardy 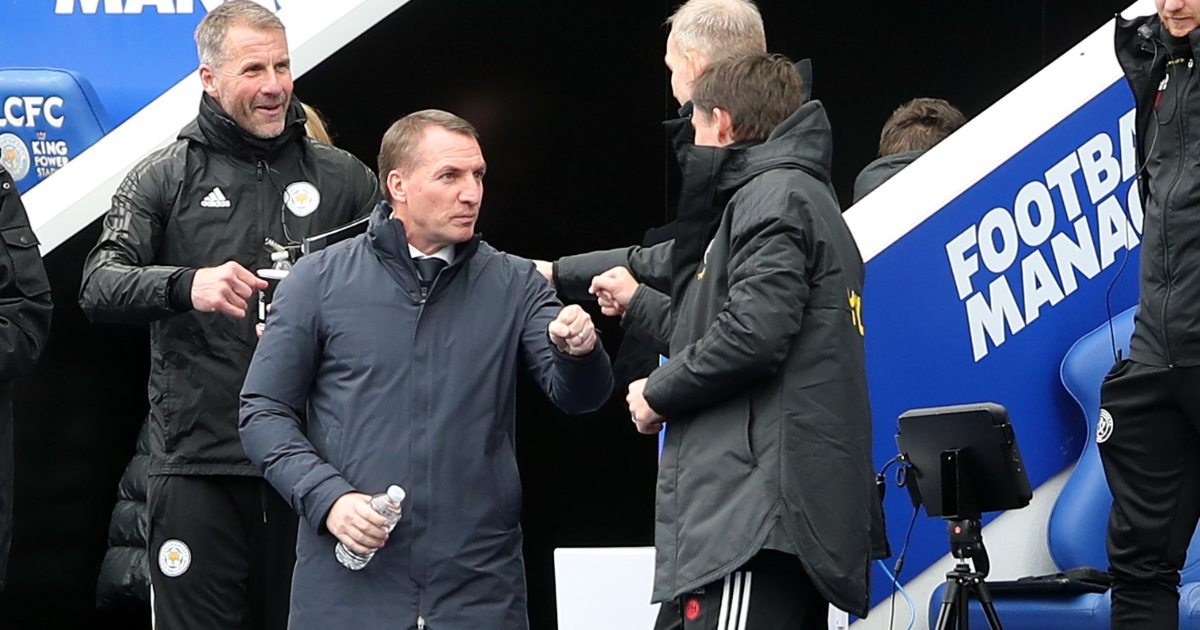 Brendan Rodgers also praised his side for how “aggressive” they were when counter-pressing against Sheffield United on Sunday.

After scoring in back to back Premier League games, Kelechi Iheanacho got on the scoresheet again against Sheffield United. He gave his side the lead just before the break at The King Power Stadium.

The former Manchester City striker added two more in the second half to complete his hat-trick. Ayoze Perez got a goal in his return game from injury and an Ethan Ampada own-goal made it five for the hosts.

This result moves Leicester back up to second in the table ahead of Man United’s game against West Ham on Sunday evening.

Iheanacho’s recent great form has taken his goal tally for the season to ten from 27 games. Rodgers told Sky Sports post-match, as cited by BBC Sport, that the Foxes need to work on their “hunger and intensity” in the coming weeks:

“Very pleased. Sheffield United are a tough team to break down. They have lost by just the odd goal this season so we knew we’d have to be patient.

“We counter-pressed well, were aggressive when we did have to defend and we had to be patient to wait for the first goal. When that came we played our shape well against their shape. Very pleasing.

“[Kelechi Iheanacho has] been in great form. He’s playing at a really high level. Not just his goals but dropping in short into the right spaces. I thought he and Jamie Vardy up front – the combination was very good.

“[Vardy] allows the players to get up with him. He got in the right positions. He had some chances and the keeper makes saves. He keeps going for the team. He maybe could have scored. We always appreciate everything he brings for the team.

“[Ayoze Perez is] so clever and so bright. He finds the space so well against that system. He did that and scored a fantastic goal. I’m delighted for him.

“I think the team is another year down the line. We need to work with that hunger and intensity. We are very competitive in the league.

“Fundamentally we defended well and looked dynamic going forward. We can recover now and go again for the next game. We are working well with nine games to go. We will enjoy it, analyse where we could have been better and get ready for the next one.”