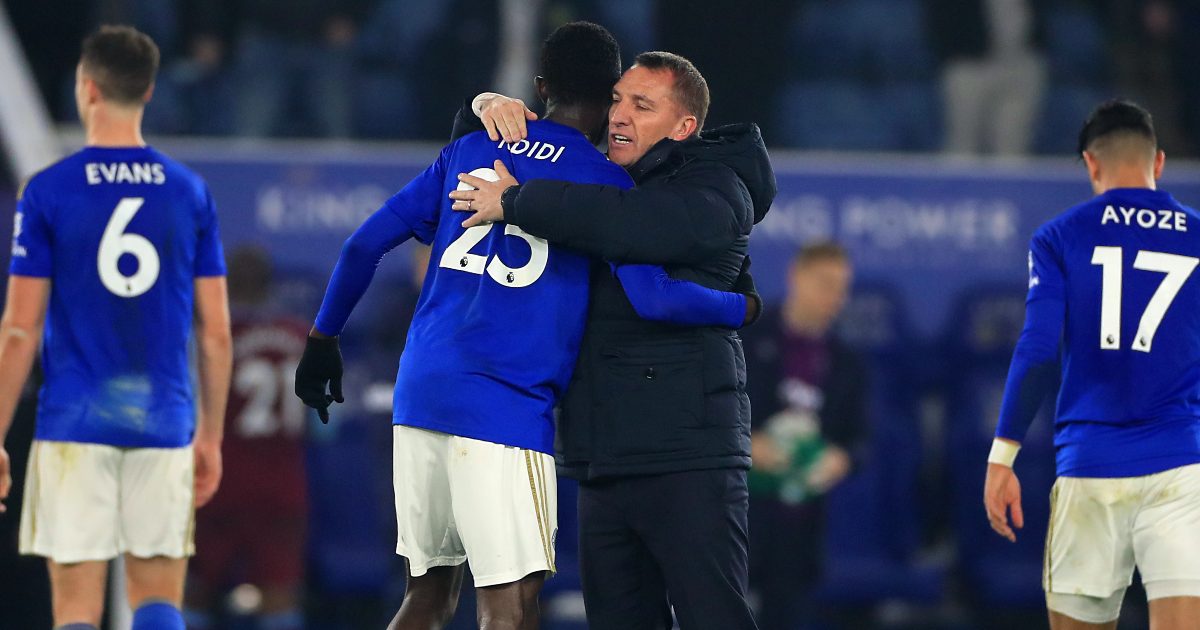 Leicester City manager Brendan Rodgers has insisted that Wilfred Ndidi is “worth much more” than £50m.

Aston Villa have been linked with the midfielder and they are reportedly willing to bid £50m for him this summer. Ndidi’s current contract expires in 2024.

Rodgers responded to these reports on Wednesday, saying: “He’s worth much more than that.”

Rodgers accepted that good players always attract interest, but believes the midfielder is happy at the club and sees no reason why he would not choose to stay.

“It’s both of those things – it’s how it works,” Rodgers said.

“A player of that quality and mentality, of course you want to always keep, but when you have that player, he will always attract interest.

“But he seems very settled here. I know he’s moved into a new house and he seems very, very happy. He’s a pleasure to work with and hopefully he can be around the club for many years.”

Ndidi had spoken himself earlier at the press conference. He said: “At the moment I am enjoying myself in Leicester.

“My family is here. My business degree was on hold because at the time it was during lockdown, and then my daughter (was born). But I’m looking forward to it maybe next year.”

Rodgers and Ndidi were speaking ahead of Thursday’s home clash with Danish side Randers, the first leg of a Europa Conference League play-off from which the winners will advance into the last 16.

Ndidi was asked about Rodgers’ comments after the 4-1 FA Cup loss at Nottingham Forest earlier this month, where he stressed that “there are a lot of players, between now and the end of the season, who need to prove they are still worthy of being here”.

The Nigeria international said: “It is the honest truth. The club is bigger than every player. We as players know what we want, for the club, as players, so I think it’s just that concentration of where you are now, to look forward to those achievements that you want.

“I think it’s just a wake-up call for us, for the manager to actually say those things and for us to concentrate more on our games. At this moment, we needed it. He (Rodgers) is always there for us. I think we needed it.”

Leicester, in the Europa Conference League having come third in their Europa League group, are on a five-match winless run in all competitions.

Since the Forest defeat ended their FA Cup defence, they have lost 2-0 at Liverpool and drawn 2-2 at home with West Ham in the Premier League.

Rodgers’ side sit 11th in the top flight after fifth-placed finishes for the last two seasons.

“I’ve never really been one where my mood shifts based on what other people write or say. I’m experienced enough to regulate whatever pressure there is,” Rodgers added.

“If I’m reading my local paper and it’s putting out polls to say whether I should be staying or not, then of course that might affect me, but I stay calm, stay in control.

“I love working with the players and people here and that’s all I will continue to do, with a smile, until someone tells me differently.

“If they do, I’ll have done my very best with the resources I have and then I’ll move on. But until then I have a big energy for the team, for the club and for my contract here.”

He added: “It wasn’t that long ago you’re deemed an elite manager having won the FA Cup, and then very quickly you’re not – but I get that, that’s the game.

“What’s important to me is to do your very best. I feel I’m doing that here with what we have, and together we’ve made some great steps. It’s been a challenging season, but I will just continue to be positive.”

Defender James Justin, out for “probably a couple of weeks” after coming off against West Ham, has joined a list of players unavailable due to injury featuring Jamie Vardy, Wesley Fofana,