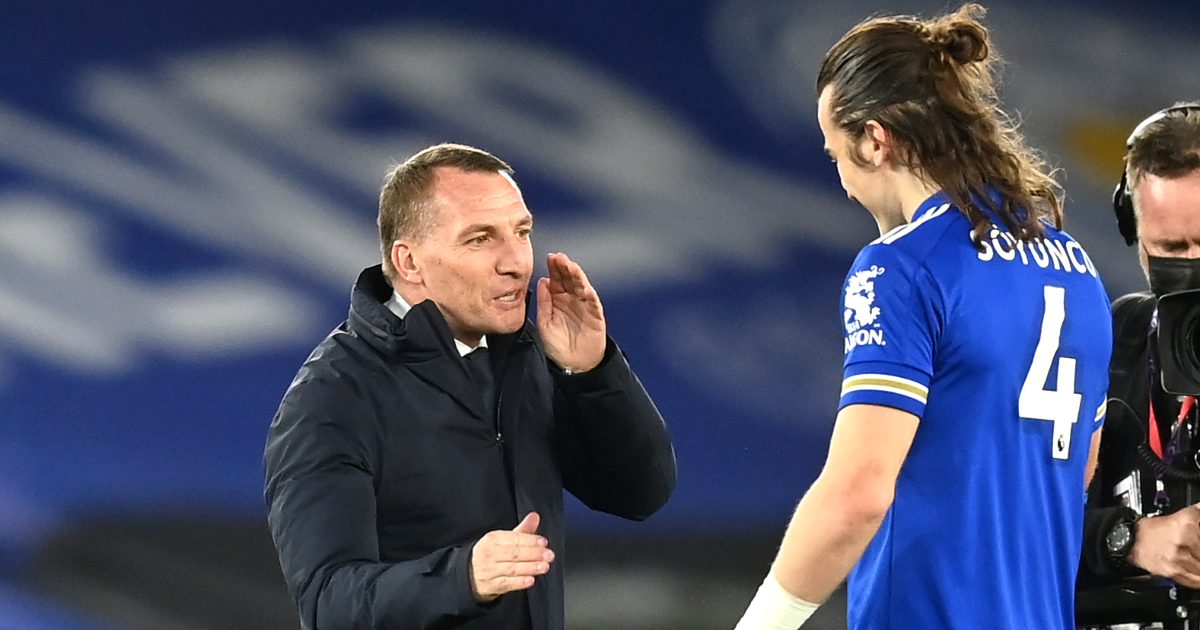 Brendan Rodgers has suggested that Monday night’s game against Crystal Palace will not be a “gimme” for Leicester City.

The Foxes welcome Palace in the Premier League on Monday, aiming to tighten their grip on a place in the top four.

West Ham’s 1-0 defeat to Chelsea on Saturday means Rodgers’ side could open up a seven-point lead over the fifth-placed Hammers with five games left.

FEATURE: Ranking Prem clubs based on longest trophy droughts ever

Mid-table Palace are not in any relegation danger but Rodgers insisted Leicester cannot take victory against the Eagles for granted as they chase a Champions League return.

He said: “Every coach and manager, if you are at the top, bottom or middle, you fight for your life. There are no gimme games. Look at West Brom’s results, this is why this league is the way it is and why the brand is the way it is.

“I don’t need you coming to me saying Crystal Palace will be a gimme game. It’s going to be a really tough game. They have top players who are very dangerous and we have to be at the top of our game. It doesn’t matter where we are in the league.

“They are super organised, Roy (Hodgson)’s teams are always difficult to play against.

“They’ve got players that can hurt you but the players will look forward to it and give everything in the game.

“We have to defend well, deny them the space and when you have the ball be patient and penetrate the lines. It’s always a tough game.”

The Foxes ensured there was no dip after their Wembley win and Rodgers wants business as usual ahead of the final in three weeks.

“I know what they can do, they might play really well until that game but if we pick a strategy which sees us win the game and they’re left out it doesn’t matter,” he said.

“It’s not about ‘get yourselves up for the cup final’, there are many games before that.”