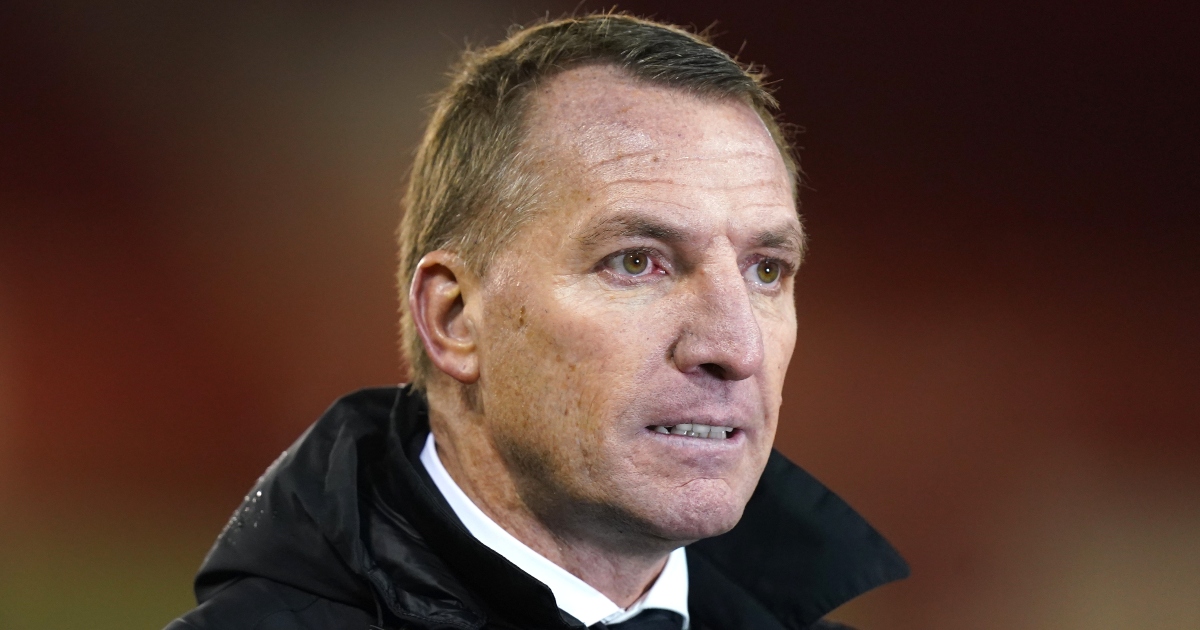 Leicester boss Brendan Rodgers has insisted he will continue to he tough on his squad as he looks to turn round their poor run of form.

The Foxes chief questioned his players’ desire and said they were fighting for their futures after the 4-1 FA Cup defeat at Nottingham Forest.

While Leicester lost 2-0 at Liverpool on Thursday it was an improved performance and they host West Ham in the Premier League on Sunday.

Rodgers wants to move on from the Forest debacle and, with Leicester having won just twice in the league since November, remains adamant he only ever wants to help his players.

“My interests are always about the team and making them the best they can be and sometimes that’s telling them what they don’t want to hear,” he said.

“They know I am always clear with them. I will never say anything to you guys they don’t hear. Sometimes every now and then it’s good to be harsh, I don’t want to waste their time and my own time.

“The performance and result at the weekend wasn’t good enough. Simple as that. That will be a learning (experience) for the players. Some of them may not have played in a derby game before.

“They know after the weekend they are very important games. We have reflected on it.”

David Moyes has confirmed Kurt Zouma is available for West Ham, despite the defender being mired in controversy after a video emerged of him kicking and slapping his pet cat.

The RSPCA is investigating but Rodgers is not focusing on the problems at the fourth-placed Hammers.

“I think, as any manager, you look to perform well and win. It looks like he (Moyes) has a really good bunch of guys there,” he added.

“They have got other really good players, we will see. The system is more or less the same despite the personnel.”