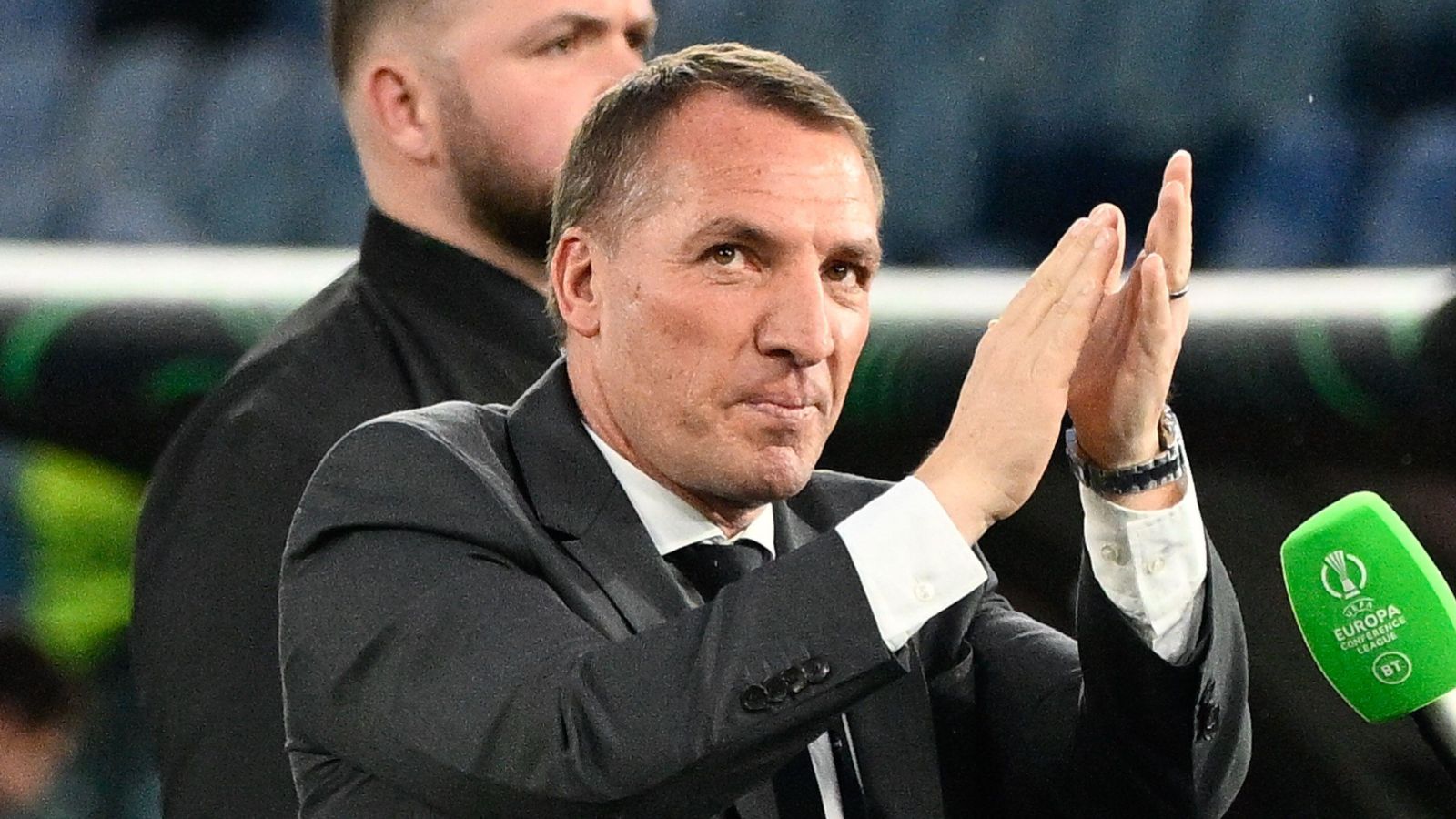 Brendan Rodgers is already looking ahead to next season as he is wanting there to be a “healthy shake-up” at Leicester City this summer.

Leicester’s season from a competitive standpoint ended last week as Roma knocked them out of the Europa Conference League.

The Foxes are still able to secure a top-half finish in the Premier League. They have four games left and this begins with a clash against Norwich City at The King Power Stadium.

While Rodgers wants a strong end to a largely forgettable league campaign, he is also heavily invested in planning for the upcoming transfer window.

“Our notion for this season is really to finish the season as strong as we can,” he said.

“I’m looking forward to the summer already to reset and go again.

“The expectations have really increased because of the performance level over these last couple of years and of course when that increases, the disappointment increases.

“But I’ve always got the bigger picture of where this club was at and where we’re at now and the expectations that are there.

“We’re very focused on the summer in terms of improving the squad.

“I said it needs a healthy shake-up, which most clubs always do around this period of time. You want to keep your core players, of course, but you want to add quality.

“We don’t have masses of money but we want to bring in players that are ready to adapt to how we want to work.”

Rodgers guided the club to successive fifth-placed finishes in his first two full seasons in charge, in addition to winning the FA Cup last year.

Leicester are currently in 14th position on the back of a five-game winless run following Sunday’s 2-1 home loss to relegated-threatened Everton.

Frank Lampard’s visitors claimed their winning goal following a corner – the 23rd time the Foxes have conceded from a set-piece across the campaign.

“It’s been an issue for us all season,” acknowledged Rodgers.

“A lot of it boils down to that courage and bravery to head the ball, getting that first contact.

“My only promise is that we will be better for sure next year once we’ve had the summer.

“We’ve had very limited time to work on it, so it can be difficult.

“But if nearly half of our goals we’ve conceded are from corners, it’s glaring where we need to improve.”

Leicester will have defender James Justin (shoulder) and attacking midfielder James Maddison (hamstring) back in contention for the visit of Norwich but full-back Ricardo Pereira remains out injured.

Dean Smith’s lowly Canaries travel to the King Power Stadium with relegation already confirmed – yet Rodgers is not expecting an easy ride.

“There never is in the Premier League,” said the Northern Irishman.

“Dean, I’m 100 per cent sure he’ll be getting them ready for promotion for next year – he’s a fantastic manager.

“He’ll go into the Championship, he knows how to get promoted out of there and he’ll give everything to be able to do that.”