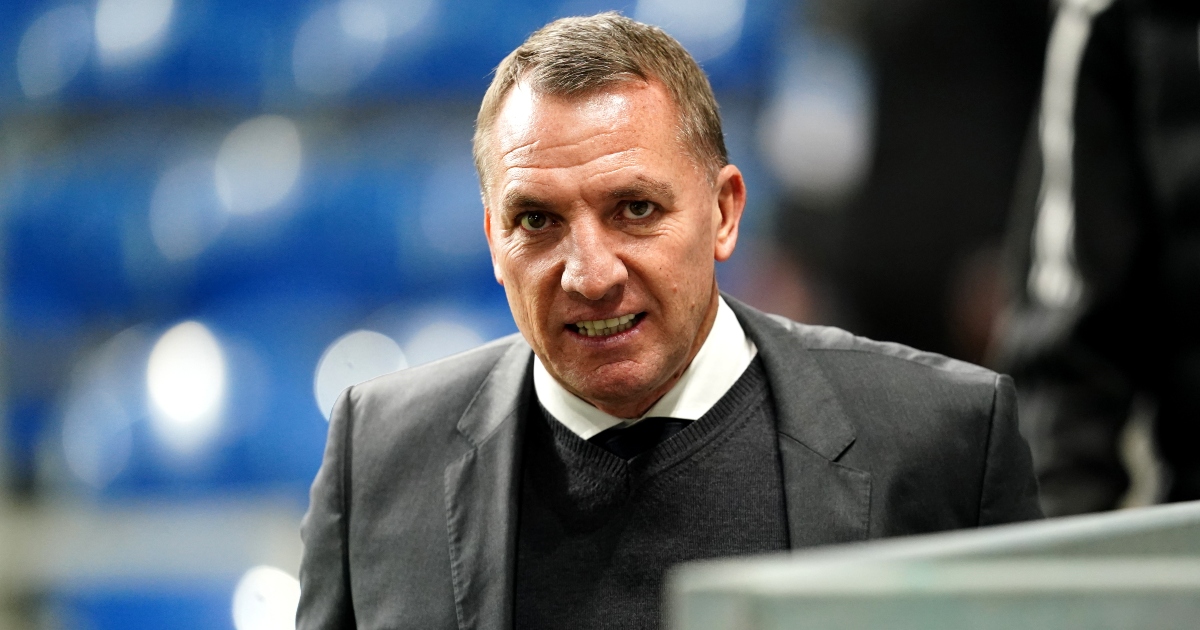 Leicester City boss Brendan Rodgers has praised winger Marc Albrighton after his goal and assist helped the Foxes to a 2-0 win over Rennes in the Europa Conference League.

Albrighton put the Foxes ahead on the half-hour mark by cracking the ball home from the edge of the box following a burst down the left and tee up by Harvey Barnes.

The 32-year-old also provided the assist in stoppage time when substitute Kelechi Iheanacho curled in to ensure Leicester secured a two-goal lead to take into next Thursday’s second leg in France.

Boss Rodgers, whose side have now won each of their last four games in all competitions, said of Albrighton: “He’s an invaluable member of the squad, someone who turns up every day, trains, gives his all. When he plays he gives everything.

“To score a goal, create a goal, work as hard as he did, he had a great night. He’s been a big player for us coming into the team.

“What’s allowed us to get our win rate up has been work rate, and that work rate from players like him is so important.

“How you press the game at the top end of the field, make it really difficult, that’s been the real foundation of our work, and he epitomises all of that. He’s been absolutely brilliant, and it was a great night for him.”

Signing the night off with another win and clean sheet 😍💤 pic.twitter.com/SrBDNr01T0

Giving his overall assessment, Rodgers said: “I think you can see Rennes are a very good side. They made a better start, were quicker to the ball, and we were giving it away too cheaply.

“But we worked our way into the game, and I think once we got the first goal, which was an outstanding goal, then it gave us real confidence in the game. Collectively we worked very hard, and we scored two outstanding goals.

“The (first) goal was a fabulous goal. Barnes’ touch was sensational, then he beat the full-back, got into the box, pulled it back and then Marc, what a finish that was. It just was such a great, great goal, and a wonderful finish.”

Rodgers added: “2-0 for me is a scoreline of endurance. It’s still you have to endure and suffer, because the opponent has nothing to lose, they can come after you. So we know we’ll be under pressure in the second leg, but we also know we can score goals.

“You couldn’t be happier really with a first leg, but it’s only half-time.”

Rennes failed to make the most of some notable chances, and were thwarted by Kasper Schmeichel with just over 15 minutes to go to when he made a good save to keep out a Martin Terrier shot.

Rennes boss Bruno Genesio said: “I think we did lots of good things during the game. Technically we were good and we created chances.

“But I think in football you have to be clinical at one end and score your chances and also very efficient at the other end, and more than anything else I regret the fact we conceded the second goal towards the end.

“Sometimes you can make errors or mistakes, but I think tonight our game management at the end, there were a couple of times when we could have maintained possession of the ball, we gave the ball away and then we ended up conceding that goal.”