Home All The News Rodgers made Suarez a better player, claims Pele 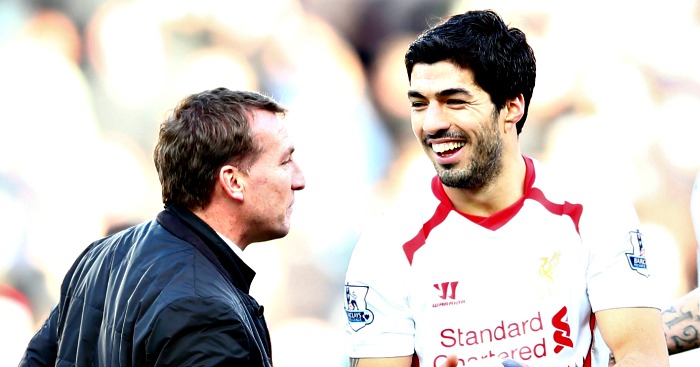 Brendan Rodgers made Luis Suarez “a better player” when he was manager of Liverpool, according to Pele.

Rodgers managed Suarez from his arrival as Liverpool boss in summer 2012 to the Uruguayan’s departure two years later.

Suarez scored 15 goals in 44 games before Rodgers’ appointment as manager, and went on to 54 in 66 games under him.

The striker almost guided the Reds to a first-ever Premier League title in the 2013/14 season, but, having finished runners-up to Manchester City, he left for Spain the following summer.

Brazilian legend Pele believes that the Northern Irishman was the key to Suarez’s improvement, and also lead to him becoming “a better person”.

“I think Celtic are very lucky to have a manager with the qualities of Brendan,” Pele told the Scottish Sun.

“Luis Suarez was a really good player when he went to Liverpool but I believe Brendan gave him great coaching, guidance and advice and made him a better player and a better person.

“Suarez was prepared well for his move from Liverpool to Barcelona after working under Brendan. Celtic have a good reputation around the world – and have a good manager.”