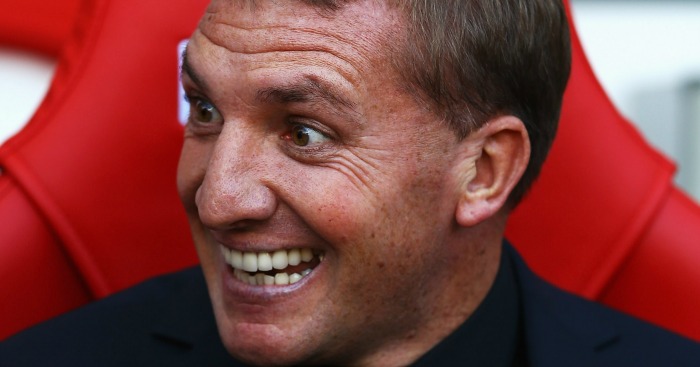 Brendan Rodgers is ready to fight to keep Ben Chilwell at Leicester after finally getting to work with him.

Defending champions Manchester City are reportedly ready to make a move for the 22-year-old England international in the summer.

Rodgers tried to sign Chilwell for Liverpool when he was at Anfield and he has now become Leicester’s first-choice left-back.

With just Christian Fuchs, who is out of contract, as cover the Foxes are lacking at left-back and manager Rodgers wants to keep Chilwell.

“I’m just in the door and I can see he’s a huge talent, I tried to take him to Liverpool when I was there,” Rodgers said, ahead of Saturday’s Premier League trip to Burnley.

“So I know how good he is, he wasn’t in the first team though. But I’m pretty relaxed about it.

“He’s a wonderful young player, he’s still got a lot to learn in his game.

“He really enjoys being here, we’ll see how it pans out but he’s certainly one we don’t want to lose.

Chilwell had not made a Premier League appearance when Rodgers was interested but he quickly realised the young defender would not leave the King Power Stadium.

“The club were keen to keep him here, he was a boy that was recognised as a talent at the time,” he said.

“We were looking for a left-back and he was right at the top of the list.

“We didn’t get to the ‘nearly there’. Leicester were obviously going to protect their assets.

“There you go. Leicester would have been delighted. It was important.”