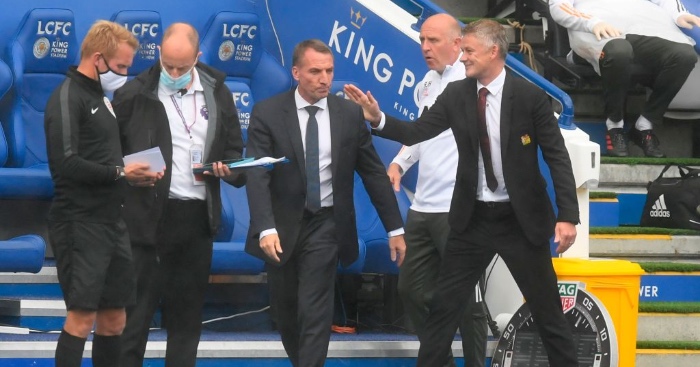 Brendan Rodgers admits Leicester need greater consistency and more ambition next season as a 2-0 defeat to Manchester United meant they failed to qualify for the Champions League.

The Foxes were in pole position for the vast majority of the season to finish in the top four, but a woeful drop in form meant United and Chelsea pipped them to qualify for Europe’s showcase competition.

But Rodgers’ side will compete in the Europa League next season, and he insists he is “proud” of his team, and has urged people to look at the final positions with “perspective”.

“It was all going to plan, but of course we give away the penalty and then we’re chasing it. We just couldn’t manage the goal that could give us that final rally. Disappointed in terms of the result but perspective over the course of the season – I’m very proud of the team. It’s the second-highest finish in our history, so I can be proud of that. Next year we have to add greater consistency, more ambition in the team and look to improve.”

On golden boot winner Jamie Vardy: “We wouldn’t be where we are, challenging, without his quality and his goals. He’s a joy to work with, every day with a smile on his face, he works so hard. It’s a huge accolade for him and we’re all delighted.”