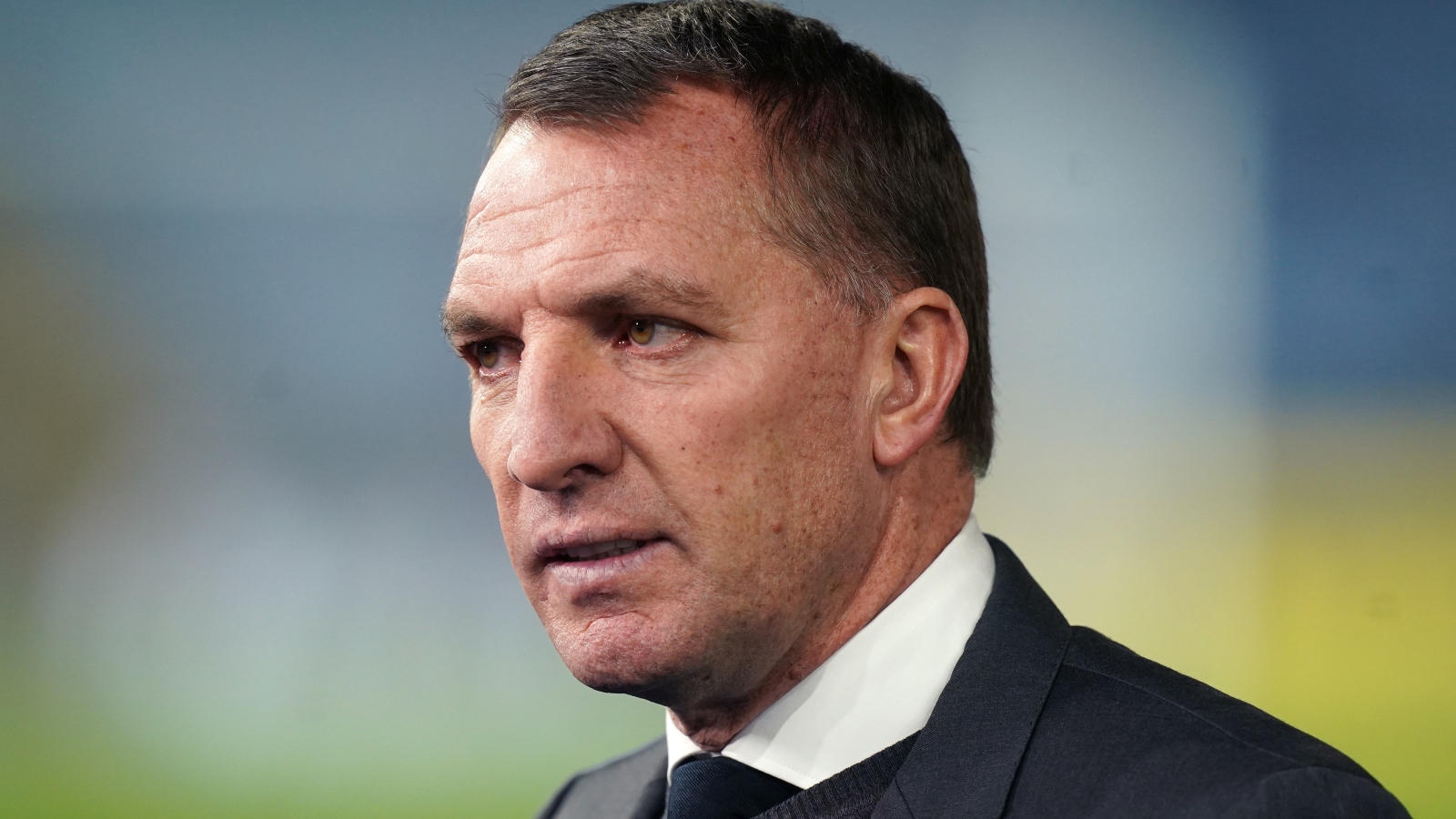 Brendan Rodgers admits it is difficult to see when Jamie Vardy will return for Leicester.

The Foxes host PSV in the first leg of their Europa Conference League quarter-final on Thursday without Vardy.

READ MORE: Burnley and Dyche will be missed by Premier League (ish)

The striker has been sidelined for a month after suffering a knee injury in the 1-0 win over Leeds.

Vardy is running again but is still struggling with the problem and Rodgers was downbeat regarding when he would be available.

“It is hard to put a timeline on it,” he explained. “He is still feeling pain within the knee. He can run and he is outside, but when he is striking the ball there is an issue, so we will have to get to the bottom of that.

“I just spoke to Jamie. He had been outside, running in straight lines. It was just when he was opening up the MCL (medial collateral ligament) a bit when he is striking the ball that he was getting some pain in that.

“I will have to speak to the medical team to see where that is at, but it doesn’t sound as if he is too close to being back.”

Danny Ward and Wilfred Ndidi (both knee) are also out, while Luke Thomas has shrugged off a hamstring injury.

Timothy Castagne is likely to continue at left-back and the Belgium international is eyeing victory in the competition.

The Foxes are 10th in the Premier League, 14 points off seventh place – a spot which could still offer European football next season.

Winning the Conference League would send them back into the Europa League and Castagne wants to become the tournament’s maiden victors.

He said: “We still have the Premier League, but why limit your options? It’s a big motivation.

“It’s a possibility of a trophy which you never say no to. We’re very positive.

“We know PSV have a lot of quality players and they play very well. They try to play football, not kick it long, but it can also play to our advantage, because if they take risks and if we press them we can take chances from that. We have to get the pressing right.

“One or two legs, it doesn’t matter. We’ll try to win the first one and then the next one. You don’t think about the score until the last five or 10 minutes of the second leg.”