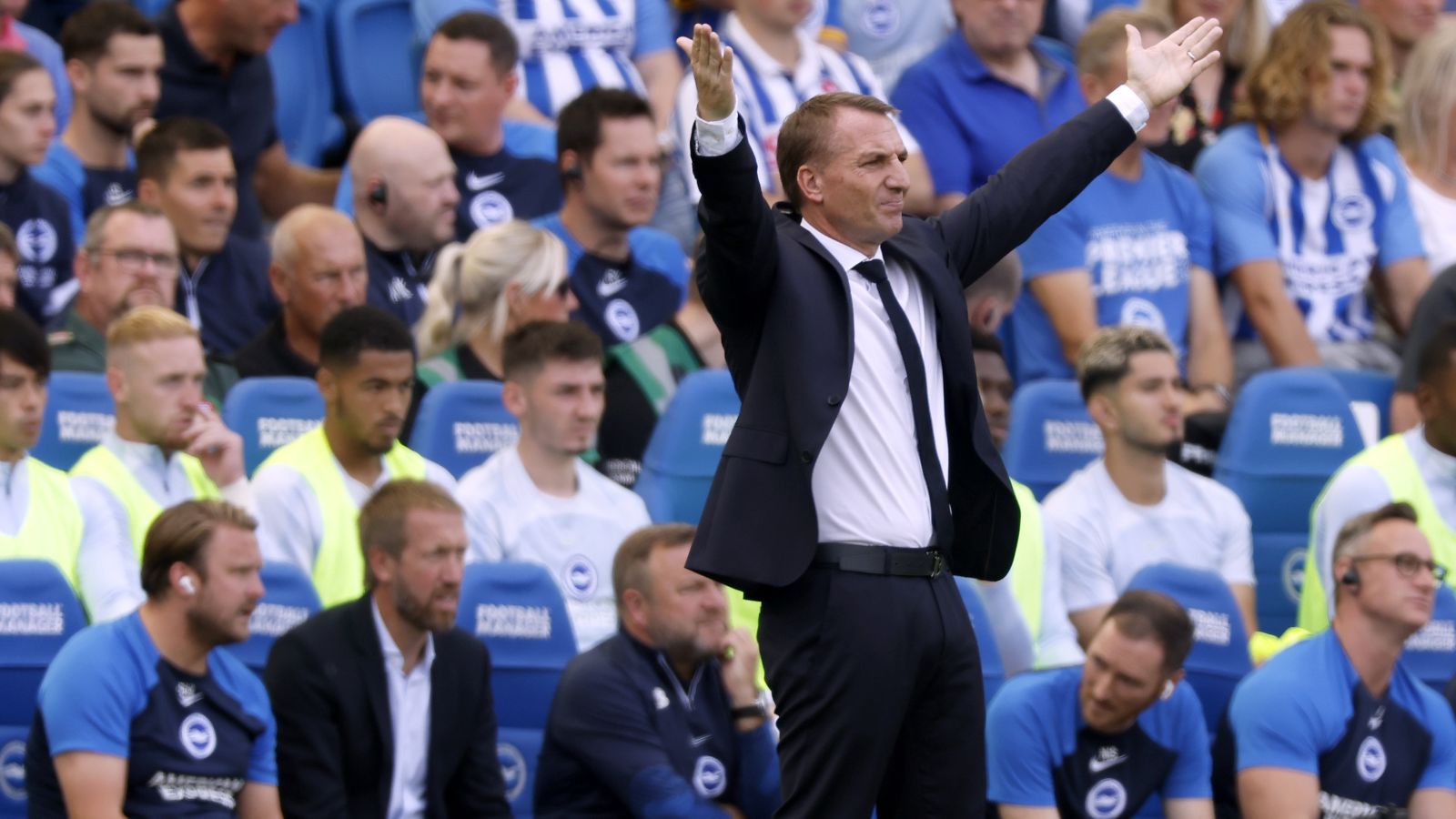 Brendan Rodgers has insisted that he is not listening to outside noise regarding his position after Leicester City lost their fifth game in a row.

The Foxes have made a poor start to the 2022/23 campaign and they fell to another defeat on Sunday afternoon against Brighton.

The score was 2-2 at the break but Brighton scored three goals in the second-half to take the game away from Leicester.

Alexis Mac Allister was the star of the show as his two goals contributed to Brighton’s victory. He got the host’s fifth in style via a stunning free-kick.

This victory moves Brighton up to fourth in the table as they have won four of their first six games.

Leicester meanwhile remain winless and they are bottom of the table with just one point in six games.

There is growing talk that Rodgers’ job may be under threat but he is trying to focus on matters on the pitch:

“We have to be honest that the best team won. We started well and had good energy in the game but as it has been for us, we made too many mistakes with and without the ball. Against a good team like Brighton, who collectively play well, you are going to suffer,” Rodgers told BBC Sport.

“It has been a problem for a while [giving the ball away cheaply]. The simplicity goes out of your game if you lack confidence and you stay on the ball longer than you should. At the moment it is not quite happening for us.

“In spells we look dangerous, but we don’t conserve the ball long enough to sustain any period of the game. Two very good goals, well worked, so that got us into the game. But you have to have the ball for longer periods to make more and we didn’t do that.

He added: “I don’t listen to it [outside noise]. My focus is on the football and trying to give the players the confidence and structure to our game to get back to winning.

“We will arrive with a new energy, focus and hopefully confidence in to the game next week. You put the hard yards in now and work, not shirk responsibility, The results are down to me, I am the manager, and we need to go away and work even harder and get that first win.”

“Fantastic execution for that final free-kick – topped off an amazing performance for Alexis [Mac Allister].

“He was incredible, so unlucky to not have the other fantastic strike, calm with the penalty, so he’s had a top afternoon.

“We’ve lost a couple of key players in the summer but our performances as a group have been strong even though results haven’t matched them.

“It’s nice the last few weeks we’re getting performances and results. We have to carry on because the Premier League is difficult. It’s a humble and ambitious group and we must keep going.

“Five goals at home, we’ve had some frustrating afternoons here so it’s nice to get the win, to play well, have an entertaining game and get the seven goals. It was a nice day for us.”