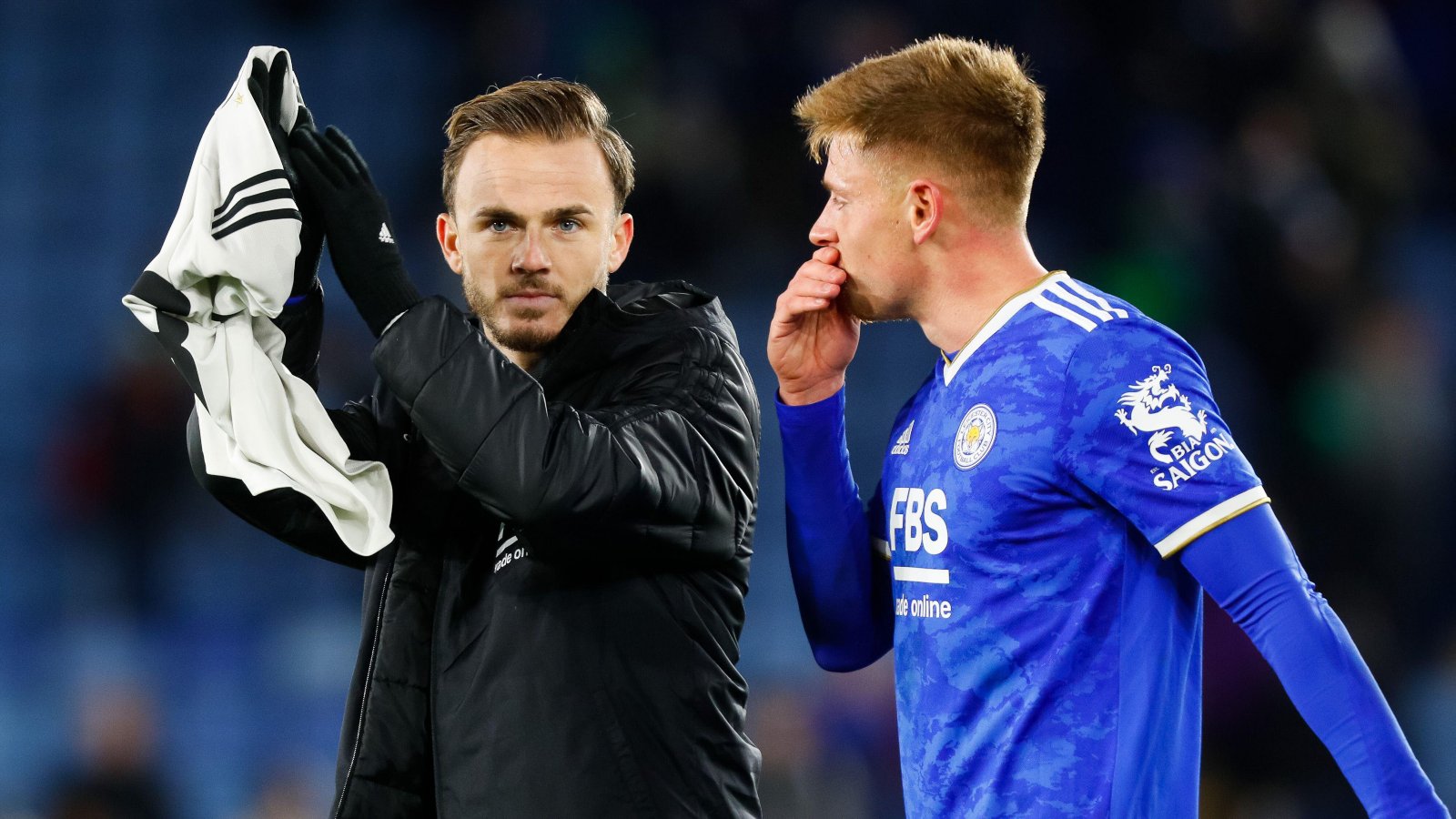 Brendan Rodgers has discussed his plans for an important summer at Leicester after a mixed season.

The Foxes were knocked out of the Europa Conference League at the semi-final stage by Roma and, barring an unlikely course of events in the Premier League, will not be in continental competition next season.

Leicester are 11th, winless in their last four league games and facing a crucial transfer window in which Youri Tielemans, James Maddison and Harvey Barnes are expected to attract the most interest – and the Foxes will consider offers for each.

Rodgers will target a centre-half, a ‘dynamic’ midfielder and a right-sided forward, according to the Daily Mail, while Caglar Soyuncu, Hamza Choudhury and Ayoze Perez are also mentioned as players who could leave.

Jamie Vardy, Kasper Schmeichel and Jonny Evans are also among those whose contracts expire in 2023 but Rodgers is not expecting a summer of considerable change.

Massive job for Rodgers in the summer. Got to be looking at getting rid of Soyuncu, Tielemans, Perez, Ndidi and rebuilding the squad with the money you bring in. Too many players been here too long and gone stale.

“It is trying to keep hold of our core players and adding players who can come in and add to the team. It is more or less the same, I don’t think it is dramatic,” he said.

“The lads have been together for a period of time which is great so they learn and develop.

“But you always need a freshness and a new hunger and new quality into the team, hopefully we can do that.

“I just think it is having more goals in the team all around. That is important.

“Any team needs to have goals from different areas of the field. That is definitely something we need to target in the summer.

The Northern Irishman conceded that it is too soon after the Roma loss to discuss the future of particular players.

“I think it is one certainly a lot of the players will have felt the joy and experience of playing nights like tonight in Europe,” he said.

“You see the likes of James Maddison, how good he has been over the two legs. He is a player with personality and quality and he deserves that opportunity.

“Hopefully the players will go away and feel the motivation from being in Europe and then we can really fight to be in a European position next season.

“People see Leicester as a European club and a team that is going to be fighting towards the top end.

“I am pretty sure most teams outside of the top six would swap positions with us to be challenging for trophies the last couple of years and played European football.

“Unfortunately for us this year it has hurt us with the injuries but we will come back next year and rebuild with stronger depth to the squad and continue on that quest to disrupt the top clubs and I think we have done that really well.

“We will have a right go at doing that next season.”