Home All The News Rodgers: ‘Pretty clear’ that Gray will leave Leicester 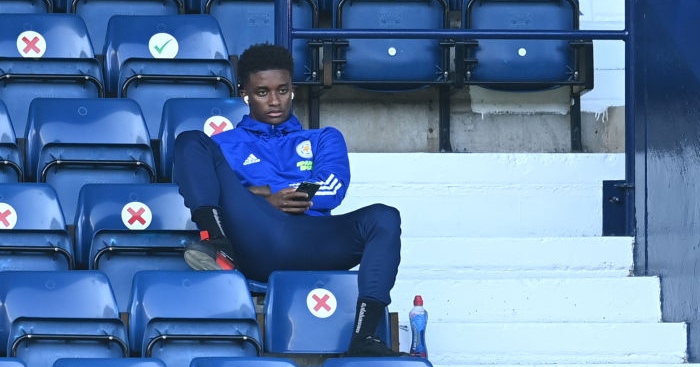 Brendan Rodgers has confirmed that Demarai Gray looks set to leave Leicester City this summer as his contract expires.

Gray was one of the most exciting prospects in English football for his boyhood club Birmingham City. The winger made 72 Championship appearances for the Midlands side between 2013 and 2016.

The youngster attracted interest from a host of Premier League clubs. He opted to join Leicester City in January 2016 after his club activated his £3.7m release clause.

Gray is now approaching five years as a Leicester City player. In this time, he has made 168 appearances for the club in all competitions. He made 12 appearances in 2015/16 as the Foxes remarkably won the Premier League title.

But the attacker has struggled for game time this season. Gray’s only appearance this term was in the EFL Cup third round as Leicester lost 2-0 to Arsenal.

The 24-year-old is out of contract at the end of this season. It currently looks unlikely that he will extend his stay at the King Power Stadium.

Speaking ahead of Leicester’s game against Brighton, as cited by The Independent, Rodgers offered an update on Gray’s future:

“It’s pretty clear with Demarai that he’s looking to move on.

“His attitude to training has been first class, he has been very professional, but he is at the stage of his career where he has been here a long time and hasn’t maybe nailed down a place. A fresh start may be the course for him.

“Until his last day here, I will always respect him, there will always be an opportunity for him, and I will never discard him but it’s looking more than likely he will probably be somewhere else next season.”