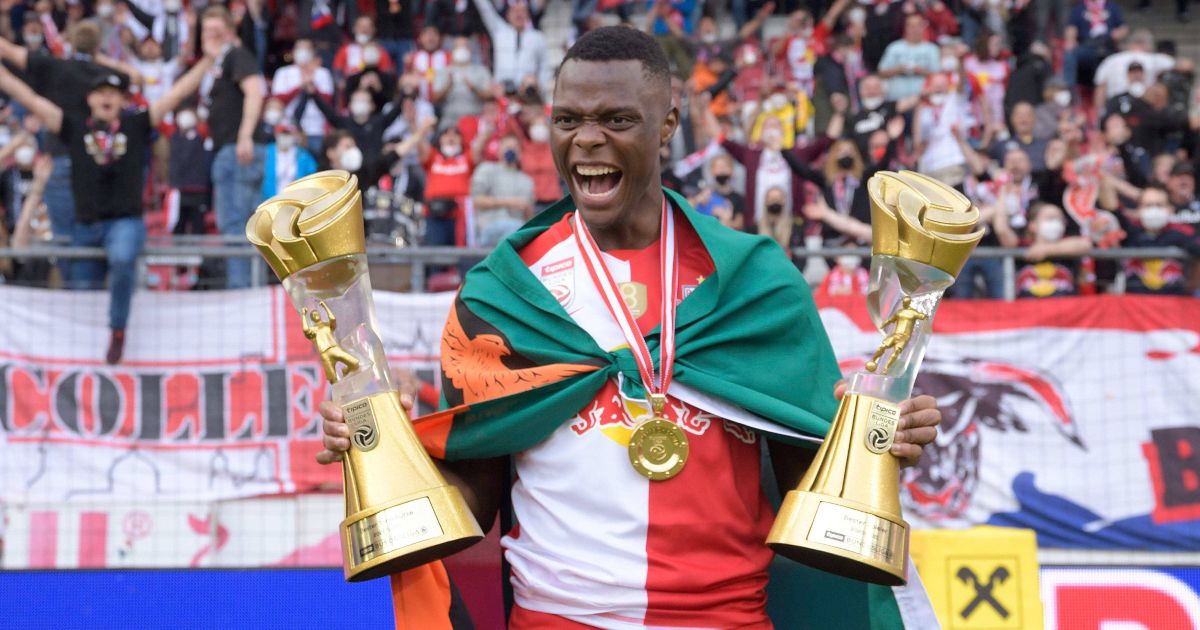 Patson Daka will complete his move to Premier League side Leicester City from RB Salzburg on Thursday.

The 22-year-old striker will join the Foxes on a five-year deal, subject to Premier League and international clearance, for around £23million.

He told lcfc.com: “I’m so, so excited to join this great, historic club. It has been my dream and I’m so happy and looking forward to what’s coming next.

“I have followed Leicester from the time they won the league. I feel it is the perfect place for me, because it’s a team that fights for titles. I know it’s not going to be easy, but I feel ready to face this new challenge.

“I will give my best for the club each and every day, and I look forward to seeing the Leicester City fans inside the stadium soon.”

Daka helped the Austrian side to four successive league titles and a total of seven trophies in four seasons.

He scored 27 times in just 28 league appearances last term to finish as the Austrian Bundesliga’s top scorer and was named the top flight’s player of the season.

Daka becomes boss Brendan Rodgers’ first signing of the summer as the FA Cup holders look for a long-term successor to Jamie Vardy.