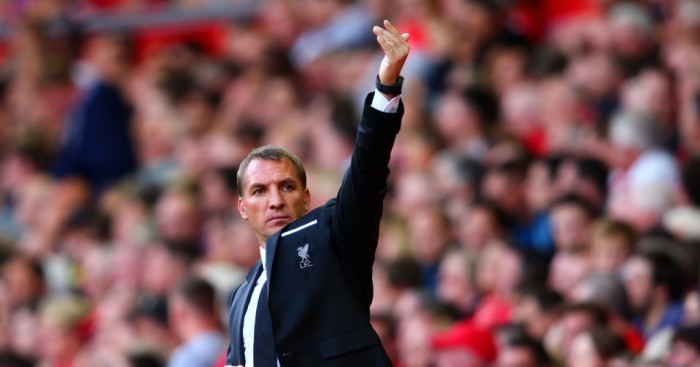 Brendan Rodgers has questioned the “hysteria” surrounding Liverpool after they beat Aston Villa 3-2 in the Premier League on Saturday.

Draws with Norwich and League Two Carlisle in the Capital One Cup had piled the pressure on the Reds, who were on a run of six games without victory heading into Saturday’s clash at Anfield.

A double from Daniel Sturridge after James Milner’s first minute opener ensured the Reds beat Aston Villa 3-2, although questions will be asked of a defence which still looks rather shaky.

Speaking after the game, Rodgers was quick to question the “hysteria” surrounding the club, particularly after a week in which Jurgen Klopp, Carlo Ancelotti and Walter Mazzarri have all been linked to the managerial position at Anfield.

“There’s a hysteria around the club,” the Northern Irishman told BBC Sport. “However criticism comes, whether deserved or undeserved, you don’t like it. What has surprised me with it is we’ve lost fewer games than Manchester City, Chelsea and Arsenal in all competitions. We’ve only lost two. There’s scrutiny on the players but it’s made us stronger.

Discussing the game, Rodgers added: “Our only disappointment today was the two sloppy goals we conceded, both down to mistakes.

“Thankfully today the two Daniels up front were outstanding. Sturridge showed what we missed for over a year – he makes the difference and helps you compete. His finishes were brilliant. He’s nowhere near 100% fit yet. There was a couple of moments when he’d be away at his best but wasn’t today. His two goals were the difference.

“We know we have some top players to come back in. The players gave everything, I am proud of them. We looked creative and dynamic today.”