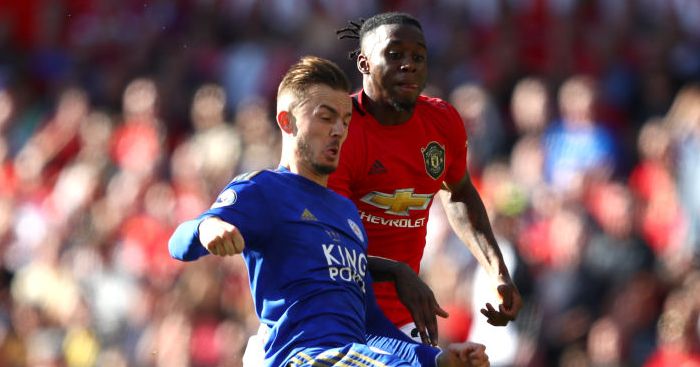 Brendan Rodgers has hailed James Maddison for his “arrogance”, “potential” and “swagger”.

Maddison has emerged as one of Manchester United’s main transfer targets for next summer, with the club facing a price of at least £60m.

The midfielder had his chance to impress at Old Trafford on Saturday but failed to create a chance and only tested David de Gea with one of his three shots.

Rodgers believes that was simply a bump in the road to the top for Maddison, in whom he sees much of Philippe Coutinho.

“He’s got big potential,” he said. “I think he’s going to improve in his game, the management of his game, but he’s a big talent and we’re just trying to prepare him in order for him to play at the highest level for as long as he can.

“He has to be consistent, [but is] a really humble boy, has a lovely swagger, a lovely arrogance, and he is a good kid who will get better. He loves his football.

“He’s got a really strong belief in his ability; it’s not misplaced. He’s a very good player, fantastic talent but is constantly working to be better which is what you want.

“He’s the type of player who will drift from position to position. I remember working with Coutinho at Liverpool, sometimes he’d play inside, sometimes he’d drift off the side. James is a little bit like that in terms of positioning. He will continue to work.

“His job was to create and score goals, he’ll keep working on that. He has a threat to get in behind, he was unlucky when the keeper makes a save with his ankle, I think it was. He was unfortunate there.

“That’s what it’s about for him: numbers, creating goals, scoring goals. It’s only his second season at this level and he’s already showing great talent.

“It does help. It’s having that confidence. He certainly has that, but he’s a humble boy behind it. People look at it, will think it’s misplaced at times, but it’s not.